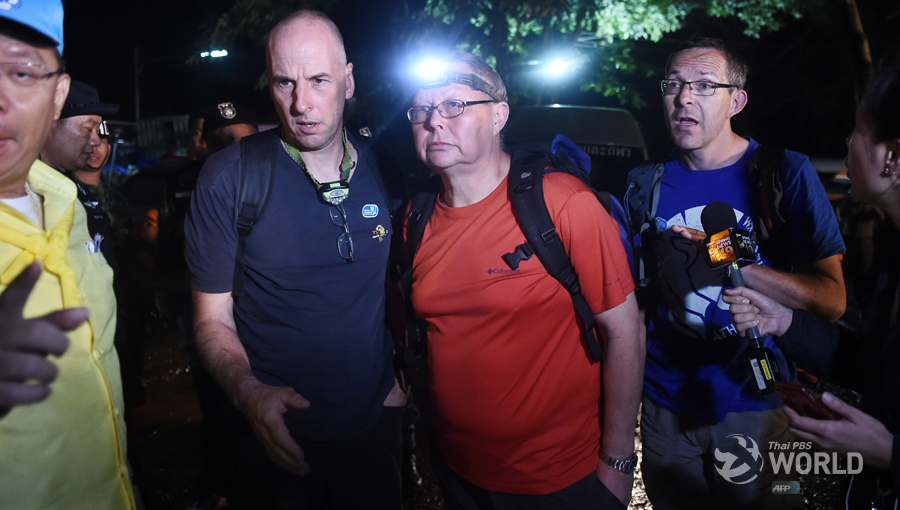 Scarcely anyone knew about the rescue of four Thais trapped in flooded Tham Luang cave by two British cave divers days before they found the 13 Wild Board and their coach still alive inside the cave.

This untold episode of yet another rescue mission – low-key though but as dangerous – was unveiled to The Telegraph by the two divers  themselves –  Richard Stanton and John Volanthen.

According to The Telegraph Online on Wednesday, the two divers were totally unaware that there were four Thais trapped in the flooded cave besides the 13 Wild Boars. The four Thai adults were trying to find the children but had themselves become trapped by floodwater.

Speaking at a Hidden Earth cave-community event in British county of Somerset, Mr Stanton said he and Mr Volanthen accidentally
encountered the group of Thai water company workers on June 28.They had been trapped for around 24 hours and their situation was desperate, according to the caving news website Darkness Below in an article summarising Mr Stanton’s presentation. Muddy water was “churning, swirling and eddying around them,” it said, and the water level was rising.  But Stanton and Volanthen had only their personal breathing equipment with them.  They solved the problem through a staggered approach.

First the two divers dived back through the flooded passageway to reach the next level of dry ground en route to the cave entrance.  Then one took off his gear.  The other one swam back to the four Thais with the breathing equipment, to bring them out one at a time.

This meant the waiting diver could have possibly drowned had the area flooded suddenly.  But despite a brief technical glitch with the gear, all made it out safely, the article said. 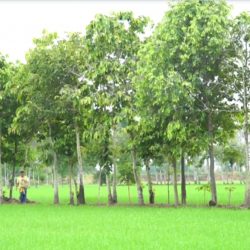