Sixteen areas in Bangkok and three in its suburbs were found today to have excessive levels of  PM2.5 dust particles in the atmosphere, the Department of Pollution Control reported today (Wednesday).

The 16 affected areas in Bangkok are:

The other three areas are Tambon Song Khanong in Phra Pradaeng district and Tambon Paknam of Muang district of Samut Prakan, with 53 and 55 microns respectively, and Tambon Om-noi in Krathum Ban district in Samut Sakhon province with 63 microns.

People living in these areas are advised to take care of their health and to limit the time they engage in outdoor activities. 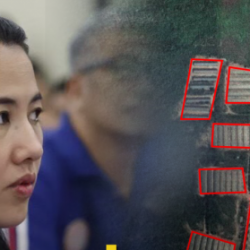