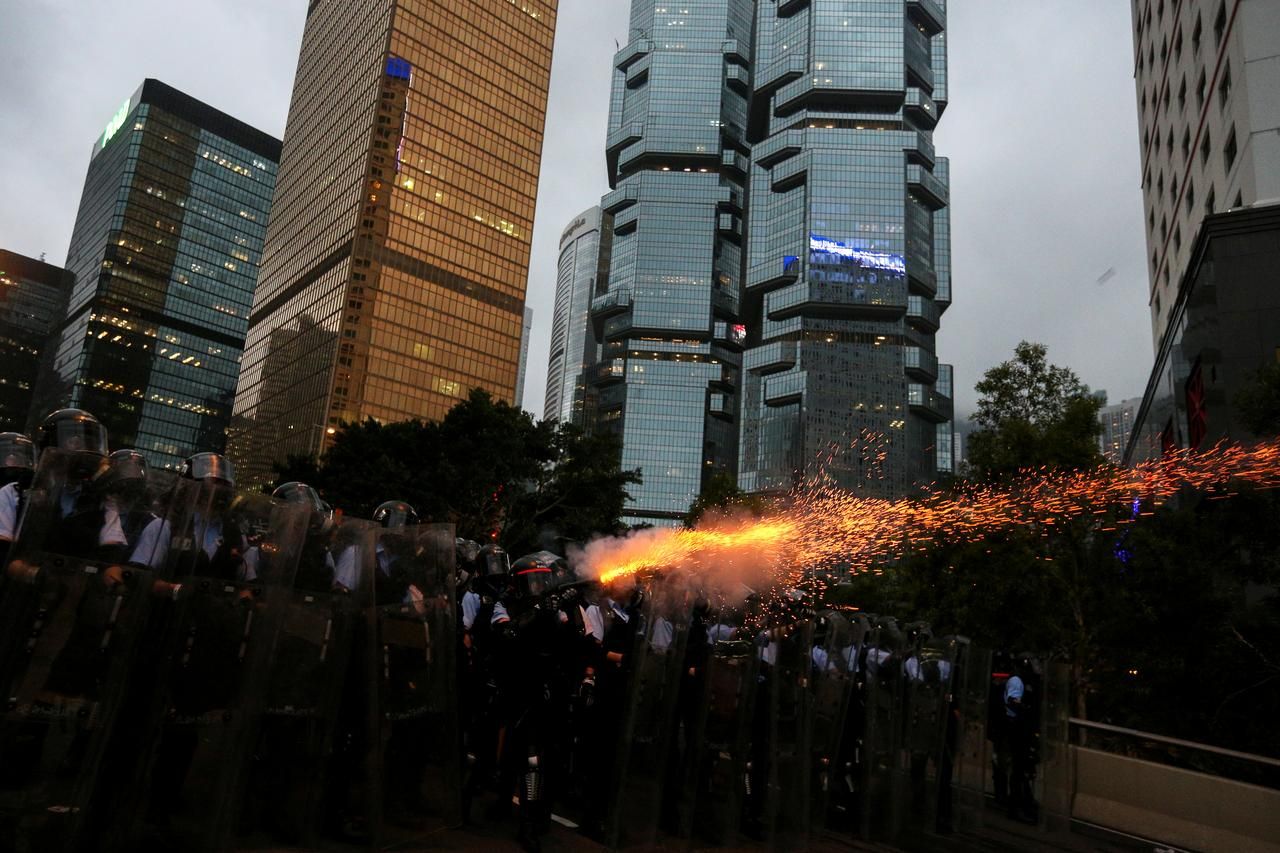 HONG KONG (Reuters) – Hong Kong authorities were shutting government offices in the city’s financial district for the rest of the week after a day of violence over an extradition bill that would allow people to be sent to mainland China for trial.

Early on Thursday just a handful of protesters remained milling about as a widespread cleanup around the city’s legislature took place.

Police fired rubber bullets, tear gas and pepper spray in a series of skirmishes on Wednesday to clear demonstrators from the city’s legislature. It was some of the worst violence in Hong Kong since Britain handed it back to Chinese rule in 1997.

The Hong Kong Hospital Authority said 72 people had been hospitalized by 10 p.m. on Wednesday.

The extradition bill, which will cover Hong Kong residents and foreign and Chinese nationals living or traveling through the city, has sparked concerns it may threaten the rule of law that underpins Hong Kong’s international financial status.

Wednesday night was the third night of violence since a protest on Sunday drew what organizers said was more than a million people in the biggest street demonstration since the 1997 handover.

Overnight several thousand demonstrators remained near the legislature in the Admiralty district, while thousands more retreated to the Central business district, overlooked by the towers of some of Asia’s biggest firms and hotel chains, including HSBC and AIA.

Ken Lam, a protestor in his 20s who works in the city’s food and beverage industry said he would remain on strike until the bill was scrapped.

“I don’t know what the plan for protesters is today, we will just go with the flow, but we think the turnout will be smaller than yesterday and it will be peaceful, after what happened yesterday,” he said.

Most roads around the central business district were opening for traffic on Thursday, but Pacific Place mall next to the legislature remained closed.

Banks based in the Central district – the financial heart of the city – emphasized it was ‘business as usual’ but many offered staff, where possible, the option of working from home.

While acknowledging the controversy, Lam has refused to postpone or withdraw the bill, which she and her officials say is necessary to plug “loopholes” allowing the city to be a haven for criminals wanted on the mainland.

“It is lawlessness that will hurt Hong Kong, not the proposed amendments to its fugitive law,” said the English-language China Daily.

Face masks, goggles, helmets and water bottles strewn around the legislature area were being cleaned up on Thursday, while a police team stood nearby looking relaxed.

HSBC, whose ground-level public space at its headquarters has previously been a focal point for protests, said it was operating as normal, but giving staff the option of working from home.

“As a precaution, we shut two outlets early where the protests were taking place. Our priorities are the safety of our employees and supporting our customers,” the bank said in a statement.

The benchmark Hang Seng Index closed 1.7% lower on Wednesday, having lost as much as 2% in the afternoon, while Chinese companies in Hong Kong ended down 1.2%.

Amnesty International joined local rights groups in condemning the use of police force on Wednesday as excessive, while a spokeswoman for the U.N. Human Rights Office in Geneva said it was following the situation closely.

“We call on all parties to express their views peacefully and on Hong Kong’s authorities to engage in an inclusive and transparent dialogue over the draft legislation,” the spokeswoman said. 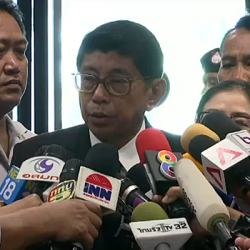 Wissanu reveals all about the senatorial selection committee