The Ukrainian parliament has approved a declaration of a state of emergency in the entire country, except for two eastern regions where it has already been in place since 2014.

President Volodymyr Zelenskiy proposed introducing a nationwide state of emergency earlier on Wednesday, as the country braces for a possible large scale military offensive from Russia.

The state of emergency comes into force at midnight local time (1000 GMT). It will last 30 days and can be extended for another 30 days.

The declaration means that Ukraine can impose restrictions on the freedom of movement of conscripted reservists and curbs on the distribution of information and media, as well as introduce personal document checks.

It also gives authorities a right to impose a curfew and ban mass gatherings and strikes. 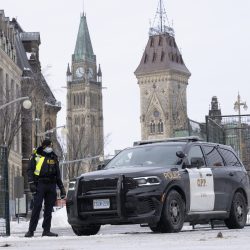