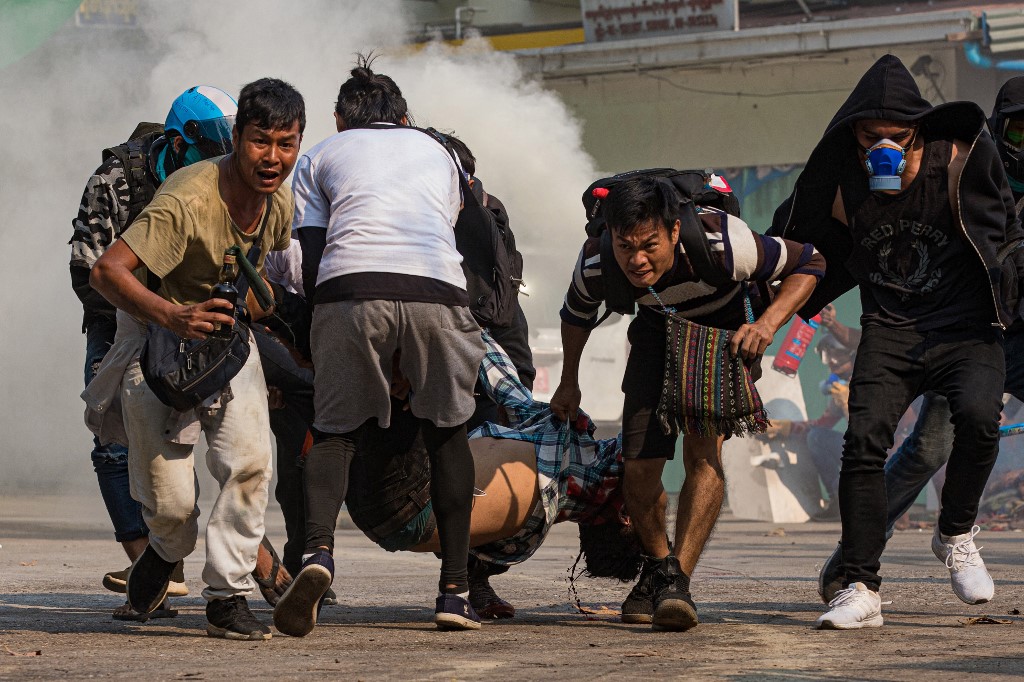 Protesters carry a wounded man shot with live rounds by security forces during a crackdown on demonstrations against the military coup in Yangon on March 17, 2021. (Photo by STR / AFP)

Britain and the United States on Thursday announced sanctions against military-owned conglomerate Myanmar Economic Holdings Ltd (MEHL) as part of “further measures” targeting the regime after a coup.

“Today’s sanctions target the military’s financial interests to help drain the sources of finance for their campaigns of repression against civilians,” British Foreign Secretary Dominic Raab said in a statement.

The Myanmar military “controls significant segments of the country’s economy through these holding firms,” said a treasury department statement.

The companies dominate many key sectors of the economy, including trading, natural resources, alcohol, cigarettes, and consumer goods.

“These sanctions specifically target the economic resources of Burma’s military regime, which is responsible for the overthrow of Burma’s democratically elected government and the ongoing repression of the Burmese people,” said the US.

“These sanctions are not directed at the people of Burma.”

Britain said the designation came in response to evidence that the MEHL contributed funds to support the country’s armed forces “in their campaign on ethnic cleansing against the Rohingya in 2017”.

The new sanctions follow last month’s designation of nine members from Myanmar’s ruling military junta who Britain said were directly  responsible for human rights violations committed by the police and military during the recent coup. 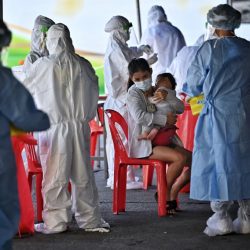 97 new COVID-19 cases in Thailand on Thursday, including 65 in Bangkok 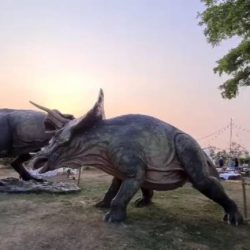