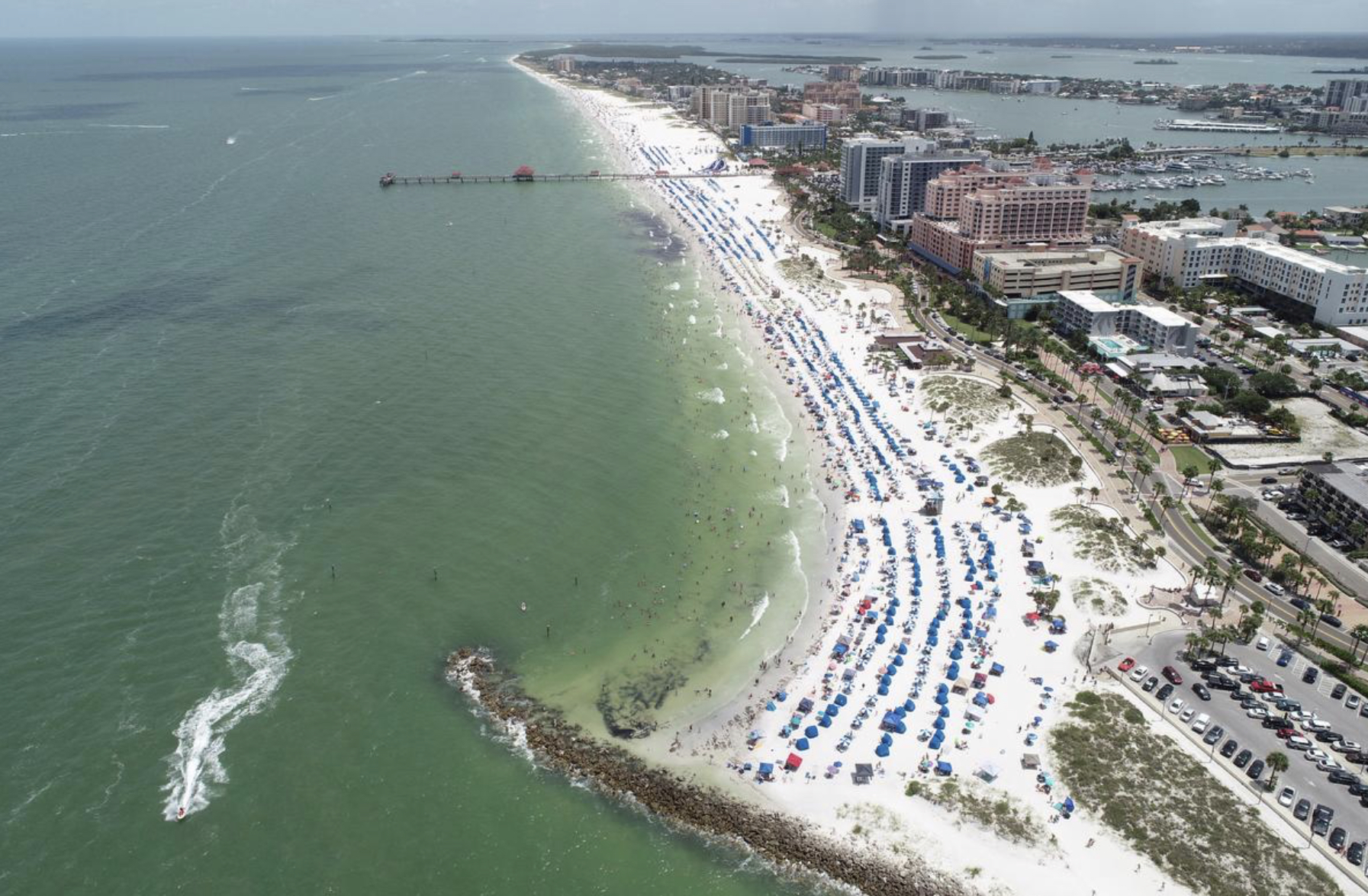 Sun seekers gather at Clearwater Beach, which remains open despite high numbers of coronavirus disease (COVID-19) infections in the state, on Independence Day in Clearwater, Florida, U.S. July 4, 2020. REUTERS/Drone Base

New cases of COVID-19 rose by over 69,000 across the United States on Friday, according to a Reuters tally, setting a record for the third consecutive day as Walt Disney Co stuck to its plans to reopen its flagship theme park in hard-hit Florida.

In Texas, another hot zone, Governor Greg Abbott warned on Friday he may have to impose new clampdowns if the state cannot stem its record-setting caseloads and hospitalizations through masks and social distancing.

“If we don’t adopt this best practice it could lead to a shutdown of business,” the Republican governor told local KLBK-TV in Lubbock, adding it was the last thing he wanted.

California announced on Friday the state will release up to 8,000 inmates early from prisons to slow the spread of COVID-19 inside the facilities. At San Quentin State Prison, outside San Francisco, half of the facility’s roughly 3,300 prisoners have tested positive for the virus.

The Walt Disney Co said the theme parks in Orlando would open on Saturday to a limited number of guests who along with employees would be required to wear masks and undergo temperature checks. The park also cancelled parades, firework displays and events that typically draw crowds.

Disney’s chief medical officer said earlier this week she believed the rules would allow guests to visit the park safely.

Roughly 19,000 people, including some theme park workers, have signed a petition asking Disney to delay the reopening. The union representing 750 Walt Disney World performers has filed a grievance against the company, claiming retaliation against members over a union demand that they be tested for COVID-19.

Florida remains one of the worst hotspots for the virus in the nation and is among a handful of states where deaths are rising, based on a Reuters analysis of fatalities in the last two weeks, compared with the prior two weeks.

On Thursday, the state reported a record 120 deaths and added another 92 on Friday. It recorded 11,433 new coronavirus cases on Friday, just short of the state’s record, and nearly 7,000 hospitalizations.

More than four dozen hospitals in Florida have reported their intensive care units were full.

This month, Florida has repeatedly reported more new daily coronavirus cases than any European country had at the height of their outbreaks. Florida Governor Ron DeSantis, a Republican, angered some residents and medical experts by calling the spike a “blip”.

On Friday, DeSantis said that the state would receive more than 17,000 vials of the antiviral drug remdesivir from the U.S. government, adding: “That’ll be something that will hopefully help to improve patient outcomes.”

Scott Burkee, a 43-year-old former Disney employee from Davenport, Florida, said DeSantis “has shown zero effort to control the spread, he only becomes concerned when Trump does. The virus is clearly out of control.”

Trump, a Republican, traveled to Florida on Friday for an event at the U.S. military’s Southern Command and a campaign fundraiser.

The president has sparred with state and local officials and teachers unions over the reopening of schools and said on Friday the Treasury Department would re-examine the tax-exempt status and funding of those that remain closed.

Trump previously vowed to cut federal funding to the schools and eject foreign students attending universities in the United States unless their schools offer in-person classes. Most education funds come from state and local coffers.

The number of confirmed U.S. infections is over 3 million, according to a Reuters tally, stoking fears that hospitals will be overwhelmed.

Nearly 134,000 Americans have died, a toll that experts warn will likely surge along with the rise in cases.

Overall, coronavirus cases are rising in 44 American states, based on a Reuters analysis of cases for the past two weeks compared with the prior two weeks. 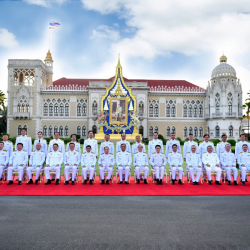