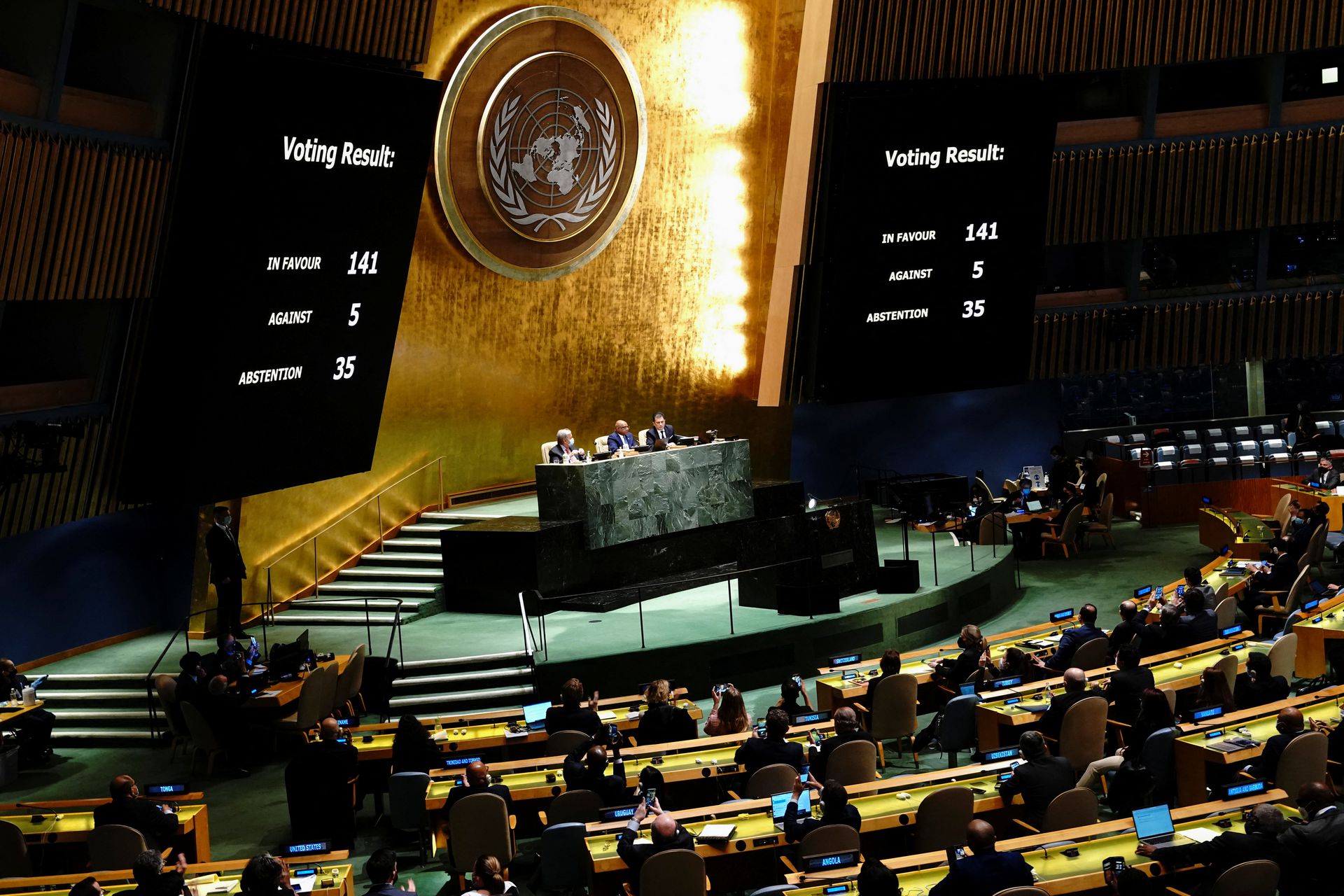 A general view shows the results of the voting during the 11th emergency special session of the 193-member U.N. General Assembly on Russia’s invasion of Ukraine, at the United Nations Headquarters in Manhattan, New York City, U.S., March 2, 2022. REUTERS/Carlo Allegri

UNITED NATIONS, March 2 (Reuters) – The United Nations General Assembly on Wednesday overwhelmingly voted to reprimand Russia for invading Ukraine and demanded that Moscow stop fighting and withdraw its military forces, an action that aims to diplomatically isolate Russia at the world body.

The resolution, supported by 141 of the assembly’s 193 members, passed in a rare emergency session called by the U.N. Security Council while Ukrainian forces battled to defend the port of Kherson in the face of air strikes and a devastating bombardment that forced hundreds of thousands of people to flee.

The text of the resolution deplores Russia’s “aggression against Ukraine.” The last time the Security Council convened an emergency session of the General Assembly was in 1982, according to the U.N. website.

Russia was joined by Belarus, which has served as a launch pad for Russian invasion forces, Eritrea, North Korea and Syria in voting against the resolution. Thirty-five members, including China, abstained.

While General Assembly resolutions are non-binding, they carry political weight, with Wednesday’s vote representing a symbolic victory for Ukraine and increasing Moscow’s international isolation. Even Russia’s traditional ally Serbia voted against it.

“As 141 member states of the United Nations know, more is at stake even than the conflict in Ukraine itself. This is a threat to the security of Europe and the entire rules-based order,” U.S. Secretary of State Antony Blinken told reporters after the vote.

U.S. Ambassador to the United Nations Linda Thomas-Greenfield told the assembly that Russia was poised to intensify the brutality of its offensive and urged members to hold Moscow accountable for its violations of international law.

“This is an extraordinary moment,” she said. “Now, at more than any other point in recent history, the United Nations is being challenged.”

He repeated Russia’s assertion its action was a special military operation aimed at ending purported attacks on civilians in the self-declared Moscow-backed republics of Donetsk and Luhansk in eastern Ukraine.

Elaborating on China’s abstention, Beijing’s envoy, Zhang Jun, said the resolution did not undergo “full consultations with the whole membership” of the assembly.

“Nor does it take full consideration of the history and complexity of the current crisis. It does not highlight the importance of the principle of indivisible security, or the urgency of promoting political settlement and stepping up diplomatic efforts,” he said. “These are not in line with China’s consistent positions.”

China, which has grown increasingly close to Russia in recent years, says it will not participate in Western sanctions against Moscow.

“The evil will never stop. It requires more and more space,” Ukraine’s U.N. envoy, Sergiy Kyslytsa, said in urging passage of the resolution, calling it “one of the building blocks to build a wall to stop” the Russian offensive.

After nearly a week, Russia has yet to achieve its aim of overthrowing Ukraine’s government. It has faced an unprecedented international backlash, especially from the West, whose sanctions have crippled Russia’s financial system while giant multinational countries have pulled investments out.

Washington has imposed several rounds of sanctions, including against Russian President Vladimir Putin and the central bank, since Russia’s forces invaded Ukraine in the biggest assault on a European state since World War Two. Moscow calls the assault a “special operation.” 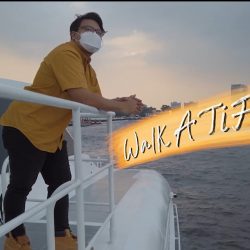 Can a ‘lie detector’ tell us the truth about Tangmo’s death?