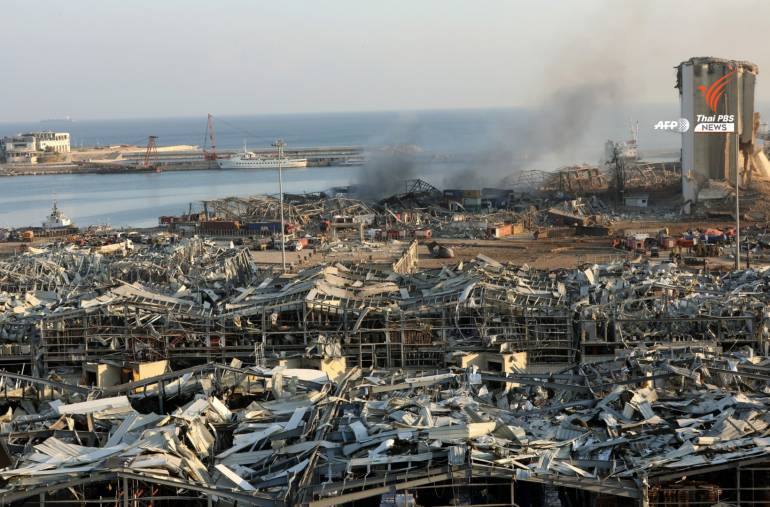 Two Thai workers are among those injured in the massive ammonium nitrate explosion in Beirut on Wednesday, which killed over 130 people and injured more than 5,000.

Mrs. Thianrat Namawawat, Deputy Permanent Secretary of Labour, said today that she has received a report, from the labour counselor based in Riyadh, that Mr. Virayuth Boonrak, a Thai cook working at a Japanese restaurant in Beirut, and Mr. Chanatat Tanyossak, a gem cutter, sustained injuries from flying glass and ringing in their ears in the explosion, but both have returned to their lodgings after receiving first aid treatment.

There are about 170 Thais working in Lebanon, mostly in the gem-cutting industry, restaurants and spas.

Mrs. Thianrat further said that 17 of the Thai workers there are protected under the Labour Ministry’s Fund to Help Thai Workers Abroad and are entitled to appropriate welfare support, adding that the Thai workers in Lebanon, or their relatives in Thailand, can contact the Thai labour office in Riyadh if they need help.

Quoting reports from Riyadh, she said that Lebanese officials in Beirut have mandated that all people in the city wear face masks and gloves, to protect themselves from the threat from ammonia, a cloud of which still engulfs the city. 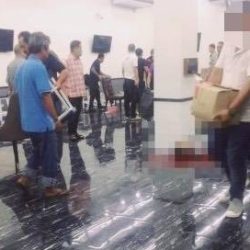 Police suspected of helping to conceal evidence of illegal gambling