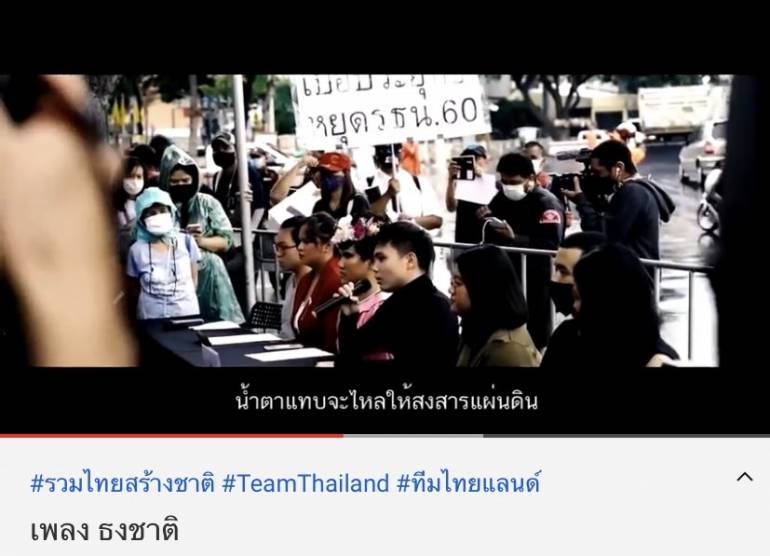 Two musical video clips, posted on YouTube by the Thai Government’s Department of Public Relations (PRD), have been taken down after they were overwhelmingly “disliked” by netizens.

The two clips are “Thong Chart” (National Flag) and “Rak Borisut Rak Jak Mae” (Innocent Love from Mum). Twitter users criticized the content of the “Thong Chart” lyrics as inappropriate and urged others to “dislike” the clip.

Part of the lyrics were “Having seen the Thai national flag these days, tears almost spill for pitying the Land. For how long have Thai people forgotten their patriotism, letting the tri-color flag droop forlornly?”

The “Rak Borisut Rak Jak Mae” clip was posted on the YouTube page of the PRD about a week ago. It told the story of a loving mother, who tries to explain to her child about joining political gatherings. 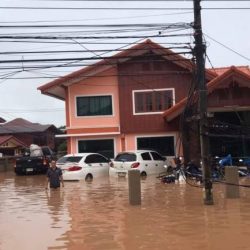 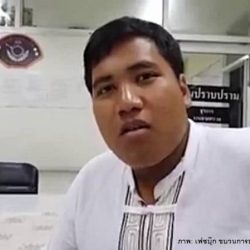