The Royal Thai Air Force has put two planes and officials on standby in case they are needed to evacuate Thai citizens stranded in Hong Kong.

RTAF spokesman Air Marshal Pongsak Semachai said today that one C130 transport plane and an Airbus A340 have been placed at the disposal of the Air Force commander-in-chief ACM Chaipruek Didyasarin for the evacuation of Thais stranded in Hong Kong. Protesters have occupied passenger terminals at Hong Kong international airport for a second day, causing the cancellation of flights. The RTAF planes may be required to air lift Thai citizens out of Hong Kong should the clashes between demonstrators and police intensify.

The spokesman added that the RTAF has worked out the flight plans for the evacuation, but the key issue remains whether the planes can land at Hong Kong international airport.

Videos posted on social media show passengers struggling to get through demonstrators, who are sitting inside the terminals blocking departures.

Airport officials announced that check-in for all flights is suspended effective 16.30 local time today. In a statement on the airport’s website, passengers were advised to leave the terminal buildings as soon as possible. 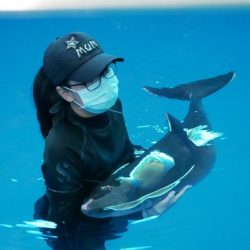 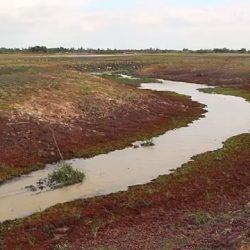