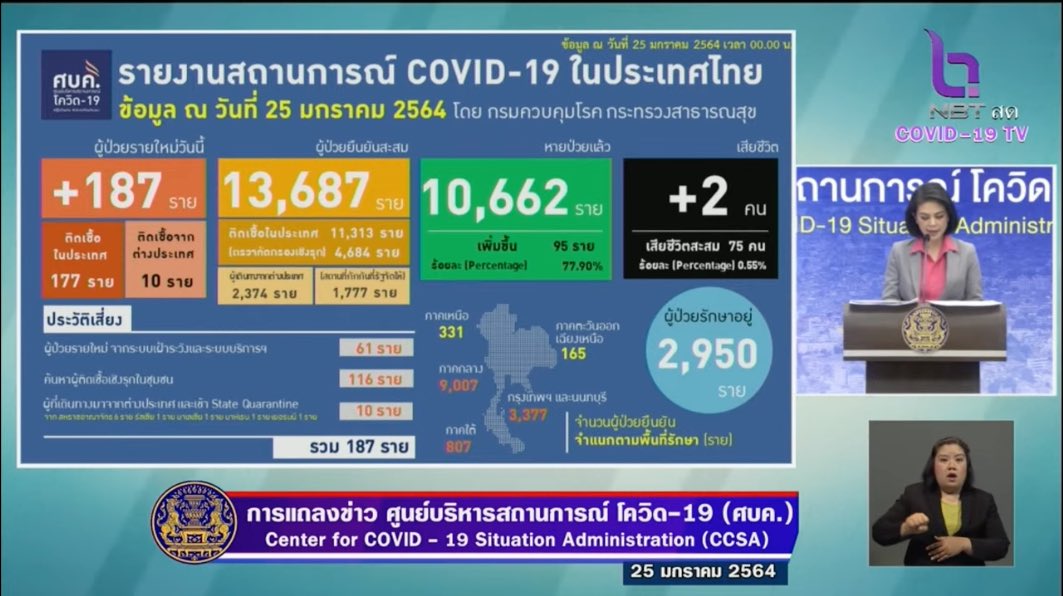 The CCSA’s deputy spokesperson, Dr. Apisamai Srirangsan, revealed today that 187 new cases of COVID-19 have been recorded today (Monday). Among them are 177 local transmissions and 10 cases from abroad.

The new cases bring infections in the latest outbreak to 9,450, while a cumulative total of 13,687.

Two new fatalities have also been reported today, bringing the death toll to 75.

The first fatality was that of a 61 year old British man, who arrived in Thailand on December 25th and entered state quarantine in Chonburi province. He developed muscle pains on the 28th and tested positive for COVID-19 the following day. He experienced difficulty in breathing and his condition worsened until his death on January 24th.

The second death was that of a 56 year old woman in Samut Sakhon province. She had not travelled to high-risk areas and had mostly stayed at home. Her husband, however, had been in close contact with a fish vendor in Samut Sakhon.

Her condition worsened on January 21st, when she experienced breathing difficulties and died. It was not until January 24th, however, when doctors confirmed that she had COVID-19.

Meanwhile, 95 new recoveries have been recorded, bringing the total recoveries to 10,662. 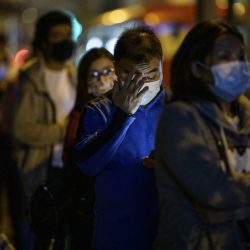 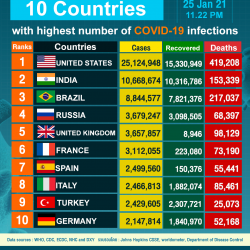