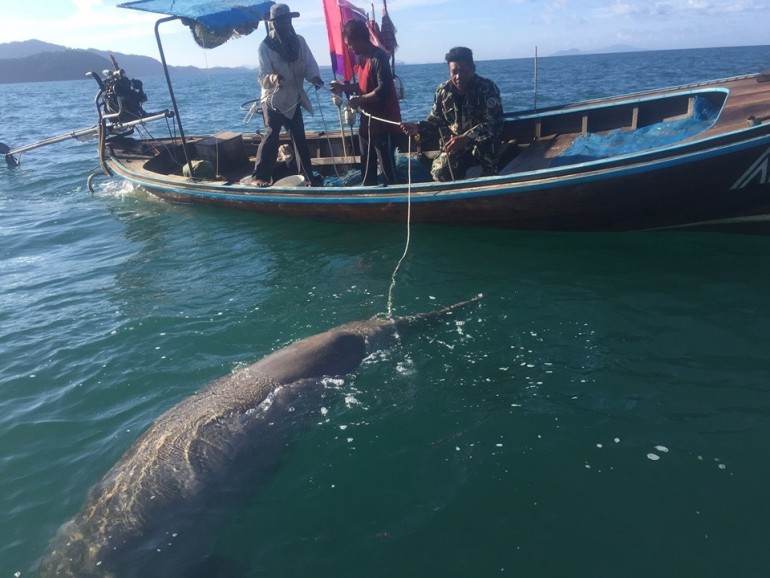 Two adult dugongs were found dead in the Andaman Sea on Sunday, bringing the total number of deaths in the last 3 months to five, excluding Mariam and Yamil.

The death of one dugong was reported on Sunday morning to Mr. Worapote Lomlim, chief of the Nopparatthara-Phi Phi Islands national park, by fishermen who found the dead mammal floating in the sea between Poo and Phi Phi islands. Another dead dugong was found in the sea in Trang province.

The fishermen reported that the dead dugong was so big that their boat was not powerful enough to tow it and asked park officials to send a larger vessel to tow the dugong to Mai Pai Island, which is about 20 km away.

The dugong was a male, weighing about 400kgs and about 2.30 metres long and no wounds were found on its body. Park officials said the carcass will be sent to Ratchamongkol Sriwichai University’s Trang campus to identify the cause of death.

No details were immediately available about the second dead dugong found on Sunday.

Mr. Kongkiat Kittiwatanawong, director of Andaman Marine and Coastal Resources Development and Research Centre, noted that coastal fishing activity has recently increased due to the increased quantity of fish and shrimp in the sea.

Citing the statistics of dead dugongs in the past 30 years, he said that 90% of the deaths were caused by fishing equipment. He asked fishermen operating near the feeding grounds of dugongs and sea turtles to stay close to where they drop fishing nets or other fishing gear so they can help when a dugong or a turtle gets trapped.

Mr. Kongkiat also said that he was not convinced that the dead dugongs were killed for their tusks, adding that the tusks were believed to be removed by opportunists after they were found dead. 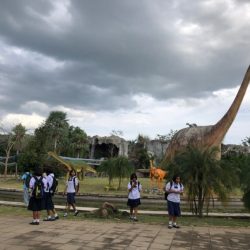