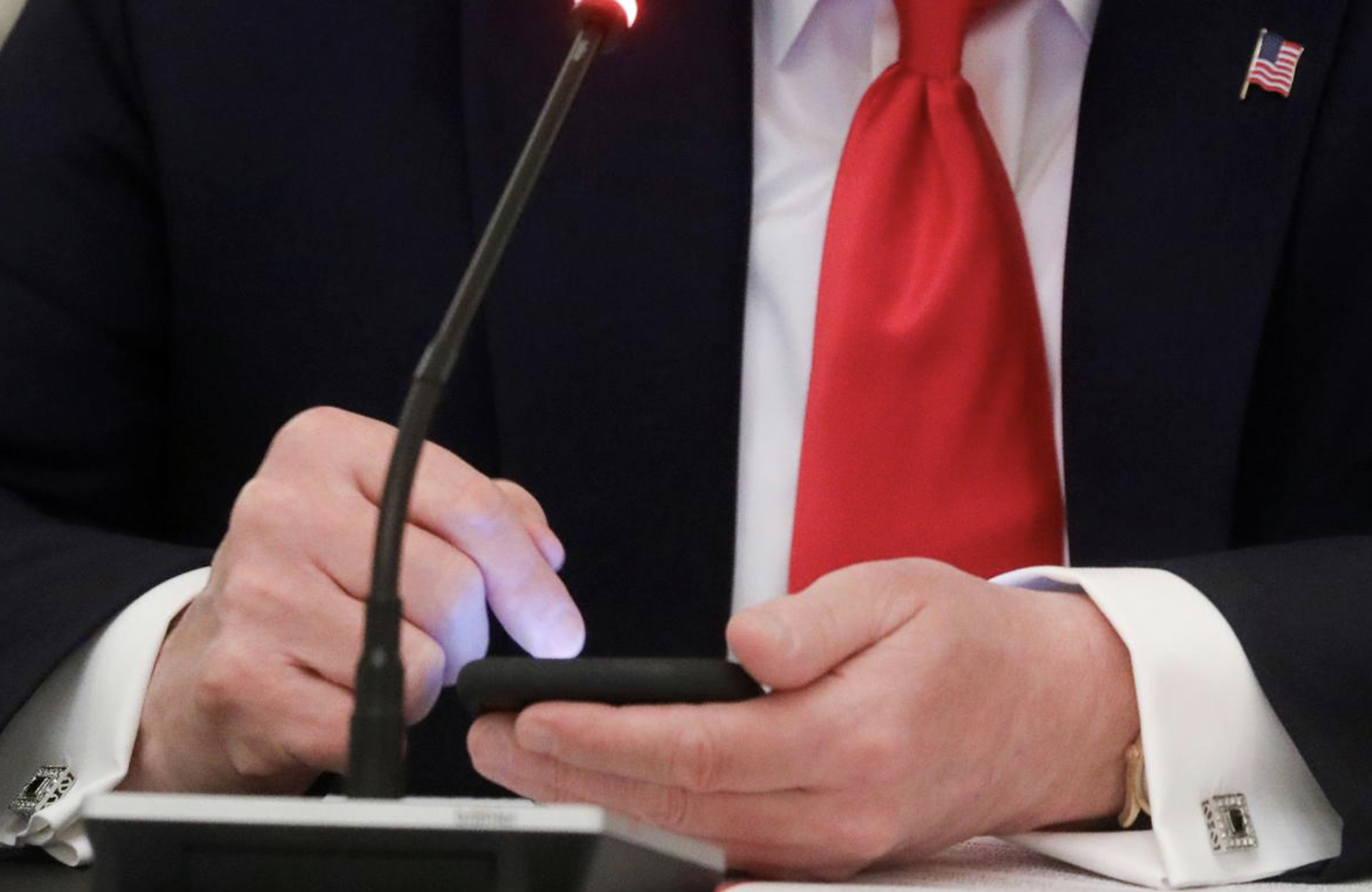 FILE PHOTO: U.S. President Donald Trump taps the screen on a mobile phone at the approximate time a tweet was released from his Twitter account, during a roundtable discussion on the reopening of small businesses in the State Dining Room at the White House in Washington, U.S., June 18, 2020. REUTERS/Leah Millis

The video, which included music from the group Linkin Park, disappeared from the president’s Twitter feed late Saturday with the notification: “This media has been disabled in response to a report by the copyright owner.”

Twitter removed the video, which Trump had retweeted from White House social media director Dan Scavino, after it received a Digital Millennium Copyright Act notice from Machine Shop Entertainment, according to a notice posted on the Lumen Database which collects requests for removal of online materials.

Machine Shop is a management company owned by the rock band Linkin Park, according to its LinkedIn page.

The White House did not immediately respond to a request for comment.

Twitter began challenging Trump’s tweets in May and has repeatedly clashed with him since. The social media company has several times disabled or commented on tweets by the president because of what it said were copyright complaints or violations of a policy against threatening violence.

Twitter removed an image the president tweeted on June 30, which included a picture of Trump, because of a complaint from the New York Times, whose photographer had shot the image.

The company also put a tweet from the president behind a warning label in late May, saying that he had violated its rules against “glorifying violence” when he advocated that Minneapolis authorities be tough in responding to protests over the death of George Floyd. 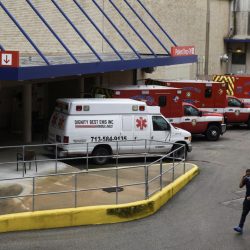