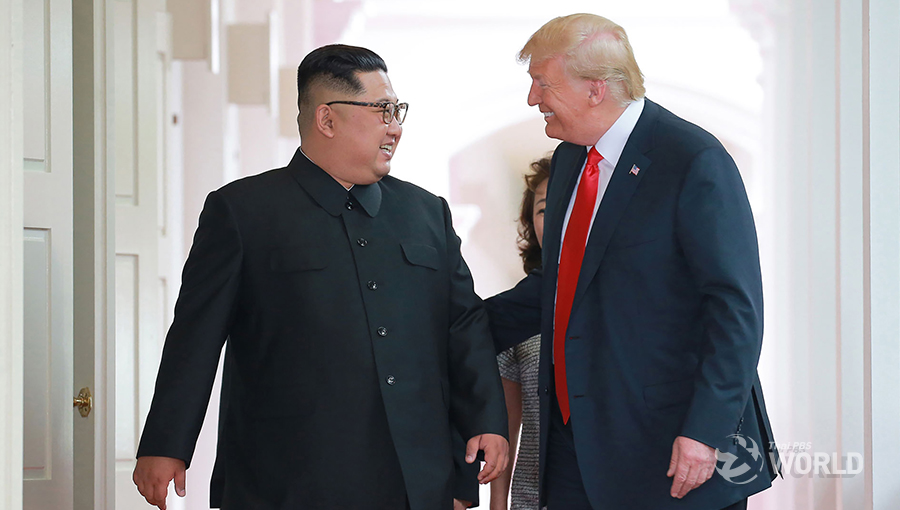 WASHINGTON (Reuters) – U.S. President Donald Trump said on Tuesday he would hold his second meeting with North Korean leader Kim Jong Un in Vietnam on Feb. 27-28, while giving himself credit for averting a major war on the Korean peninsula.

Trump said in his annual State of the Union address to Congress much work remained to be done in the push for peace with North Korea, but cited the halt in its nuclear testing and no new missile launches in 15 months as proof of progress.

“If I had not been elected president of the United States, we would right now, in my opinion, be in a major war with North Korea,” Trump said.

Trump had raised fears of war in 2017 when he threatened to rain “fire and fury like the world has never seen” on North Korea because of the threat its nuclear weapons and missiles posed to the United States.

Trump met Kim in Singapore on June 12 in the first summit between a sitting U.S. president and a North Korean leader. Trump has been eager to hold a second summit in spite of a lack of concrete progress in persuading North Korea to give up its nuclear weapons program.

He said his relationship with Kim “is a good one.”

The presidential Blue House of South Korea, which plays a facilitating role between the United States and North Korea, welcomed Trump’s announcement and expressed hope for progress on improving relations.

“The two leaders already took their first step in Singapore toward shaking off their 70-year history of hostilities. Now we hope that they will take a step forward for concrete, substantive progress,” Blue House spokesman Kim Eui-kyeom told a news briefing in Seoul.

Vietnam would be the best host of the event, Kim Eui-kyeom said, citing its checkered history with the United States in which they used to “point a gun and knife at each other.”

Communist-ruled Vietnam, which has good relations with both the United States and North Korea, had been widely touted as the most likely venue for the meeting.

It has also been used as a model of economic and political reform for impoverished and isolated North Korea to follow. That would require major changes to the North’s personality cult and “juche” ideology of self sufficiency.

Trump did not say which Vietnamese city would host the two leaders but both the capital, Hanoi, and Danang have been considered as possibilities.

A source at Danang airport said four U.S. military V-22 “Osprey” aircraft flew from Japan’s Okinawa island and landed in the coastal city on Tuesday evening. They left after a few hours, the source said.

U.S. logistics officials visited the city last week, a major base for U.S. and South Vietnamese forces during the Vietnam War, a source with direct knowledge of the matter told Reuters.

The U.S. Embassy in Vietnam said it did not have anything to announce regarding the summit.

U.S. Special Representative for North Korea Stephen Biegun was due to hold talks in Pyongyang this week to map out what he called “a set of concrete deliverables” for the second meeting.

The Singapore summit yielded a vague commitment from Kim to work toward the denuclearization of the Korean peninsula, where U.S. troops have been stationed since the 1950-53 Korean War.

In the U.S. view, North Korea has yet to take concrete steps to give up its nuclear weapons. It has complained that the United States has done little to reciprocate its freezing of nuclear and missile testing and dismantling of some nuclear facilities.

North Korea has repeatedly urged a lifting of punishing U.S.-led sanctions, a formal end to the war, and security guarantees.

The three-year Korean War ended with an armistice that left the two Koreas technically still at war.

Seoul officials said the summit would likely center on dismantling the North’s main Yongbyon nuclear complex and how this would be reciprocated, although the United States remains reluctant to provide any sanctions relief.

The focus of the two-day summit would be whether Washington was willing to ease some of the sanctions, said Cheong Seong-Chang, a senior fellow at South Korea’s Sejong Institute.

“If the United States can be more proactively flexible on that, it may draw other denuclearization steps on top of abolishing the Yongbyon facilities, and expedite talks on setting up a liaison office and replacing the armistice with a peace treaty,” Cheong said.

While Trump has hailed “tremendous progress” in his dealings with North Korea, a confidential report by U.N. sanctions monitors seen by Reuters this week cast further doubt on the North’s intentions.

It said the country’s nuclear and ballistic missile programs remained intact and that North Korea was working to make sure those capabilities could not be destroyed by any military strikes. 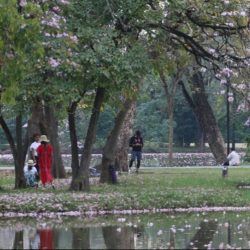 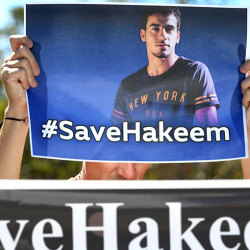