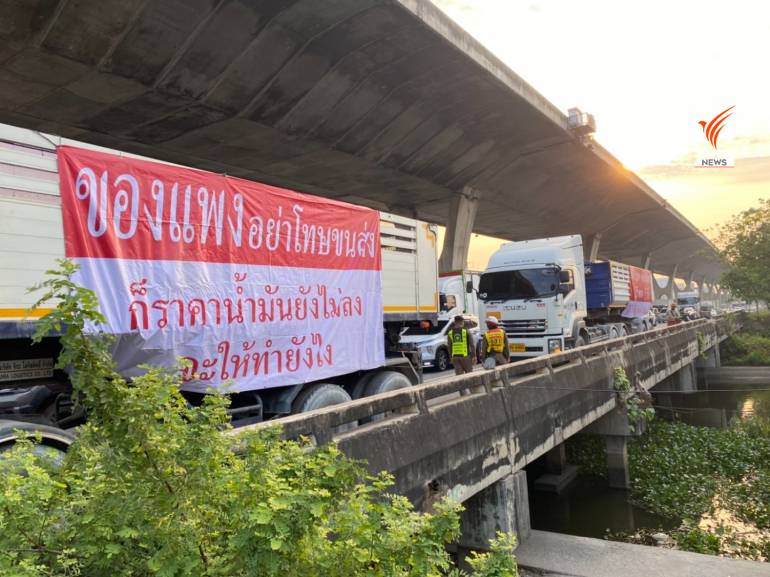 Truckers rallied in front of Government House today (Wednesday), demanding that the government extend the measures to keep diesel prices at 30 baht per litre, which are due to expire on April 30th.

President of the Land Transport Federation of Thailand (LTFT) Apichart Prairungruang, along with representatives of transport operator, submitted a letter addressed to Prime Minister Prayut Chan-o-cha, to a government representative.

Their key messages include a reduction in the excise tax on fuel to 0.20 baht per litre, to equal that on aviation fuel, and temporary removal of biodiesel from the system, which will help reduce the price by 1.50-2 baht per litre, as biodiesel prices are as high as 56.39 baht per litre.

“We demand that the government stop the increase of the diesel prices to over 30 baht per litre. Even though the prices will see a step-by-step increase from May 1st, every increase of 1 baht per litre will increase the freight prices by 3%,” said Apichart.

They also demanded the removal of Energy Minister, Supattanapong Punmeechaow, as they believe that the minister has failed to solve the price issue.

Prime Minister Prayut said that he will consider their demands, adding that the government has tried to solve the issue and have used all available funds to cap the diesel prices so far.

The truckers associated with the LTFT previously held rallies on several occasions, demanding the government to bring diesel prices down to as low as 25 baht/litre, but to no avail. 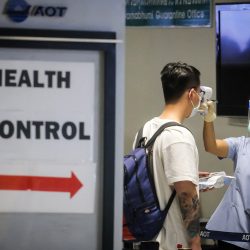 Government in no rush to end 'Thailand Pass' scheme, boosters may be required