The Thai Fisheries Department has ordered all commercial tropical fish breeders to turn over their genetically-modified (GMO) fish, such as GloFish, to the department for destruction by November 30th, to prevent them from being released into natural water sources, which could threaten local species.

A tropical fish expert at the Fisheries Department, Arunee Rodloy, told Thai PBS that GMO fish have been banned in several countries because they are viewed as a serious threat to local species.

She said that such countries may boycott tropical fish from Thailand, such as Siamese fighting fish, which are popular in numerous countries, if they become aware that Thai fish breeders are breeding GMO fish.

She disclosed that the Fisheries Department has banned the import of 13 species of fish, as they are considered to be a threat to local species due to their aggressive nature.

GloFish are genetically-engineered fish which have become popular among tropical fish enthusiasts because of their bright colours which glow in the dark.

Arunee said that the fish are quite cheap in Thailand, about 10 baht each, and the price is much lower if bought directly from fish farms.

Although GMO fish have not yet been found in natural waterways, she said the Fisheries Department is still concerned that the fish might be accidentally released, multiply and threaten local species.

According to export figures, 5.94 million tropical fish, worth about 44.9 million baht, were exported by air through Suvarnabhumi international airport last year.

After the November 30th deadline, she said that those who are found to have bred GMO fish may face a fine not exceeding one million baht and/or one-year in prison if convicted.

The penalties will, in time, be increased to two years in prison and/or a fine of two million baht if convicted. 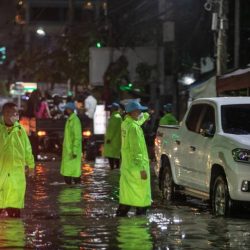 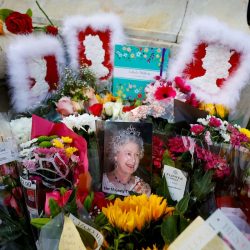