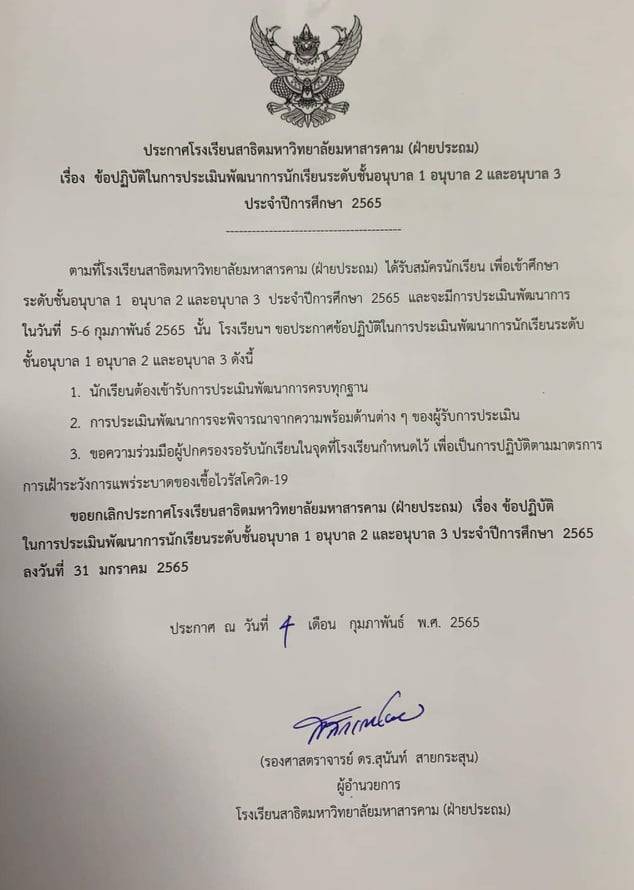 Thailand’s Internet was rocked Thursday after a school’s announcement went viral. It said that three points will be deducted in a preschool entrance exam if students cry during the test.

The public was outraged, questioning whether the school, in Maha Sarakham province in the northeast, was being too strict with its potential students, who are only 3 to 5 years old.

On Friday, the school director told Thai PBS that the terms have been around for many years. The penalty was to ensure fairness to other students, who might be distracted by the crying of others, she said.

The director said, however, that the terms have already been removed since this afternoon (Friday), after the school came under heavy criticism on social media from parents, rights groups and the general public.

Assoc. Prof. Dr. Suriyadeo Tripathi, a paediatrician and director of the Moral Centre of Thailand, said in his Facebook post today that the high stakes test, which uses score deduction in exam assessment, is a torture for children and lacks compassion.

Such a measure for pre-school children is against the healthy psychological development of the child and their basic rights.

UNESCO’s definition of early childhood is children aged up to 8 years old but, in Thailand, it is up to 6. Dr. Suriyadeo said that psychological assessment is usually undertaken when the children are relaxed and happy and, if they are not in such condition, the assessment must be suspended, while the score must not be deducted.