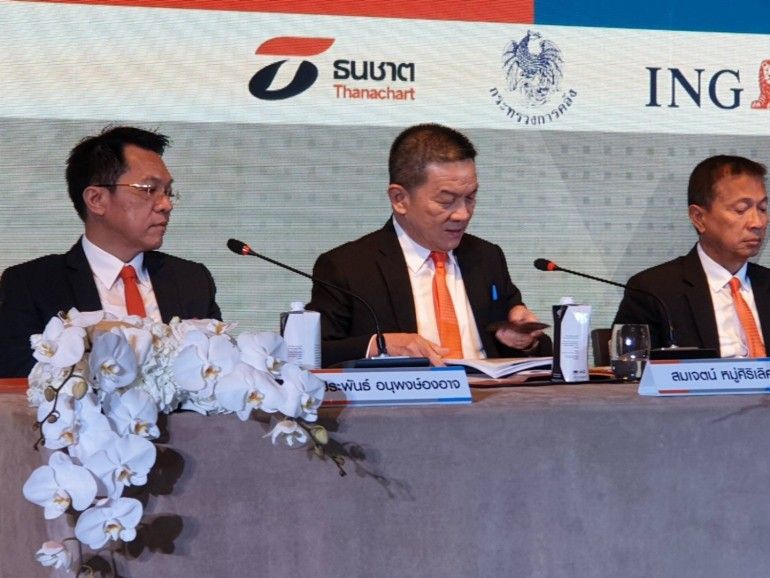 Thailand’s TMB and Thanachart banks announced Friday that they have signed a non-binding agreement to merge and become the country’s sixth largest lender.

Thanachart Capital holds a 51 percent stake in Thanachart Bank and the rest is held by Nova Scotia Bank.

The merged bank, whose name is yet to be decided, will have combined assets of 1.9 trillion baht, with ten million retail customers, according to TMB.

The planned merger follows government’s approval last year of tax incentives for bank mergers to help them better compete with their rivals in the region.

The Thai Finance Ministry holds 25.92 percent stake in the TMB, with Dutch banking group ING holding 25 percent.  ING, Thanachart Capital and the Finance Ministry will be major shareholders in the merged bank.

Deputy finance permanent secretary Chumpon Rimsakorn said that the Finance Ministry would invest about 11 billion baht in the new entity and would have the right to acquire shares in case existing shareholders do not exercise their right to subscribe to the new issue.

TMB CEO Mr. Piti Tantakasem said that, after the completion of the merger plan, TMB and Thanachart will begin organizational restructuring, with the approval of the Bank of Thailand, leading to the actual merger process.

He said that TMB would invest 130 billion baht in Thanachart Capital and Bank of Nova Scotia through the issuance of debentures, with the process expected to be completed in December.

Thanachart CEO Praphan Anupong-ongart assured that the merger would not lead to layoffs of staff either bank, but working conditions will have to be changed to suit the new environment. 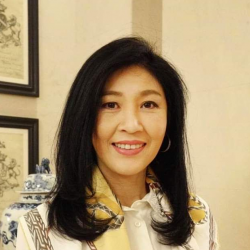