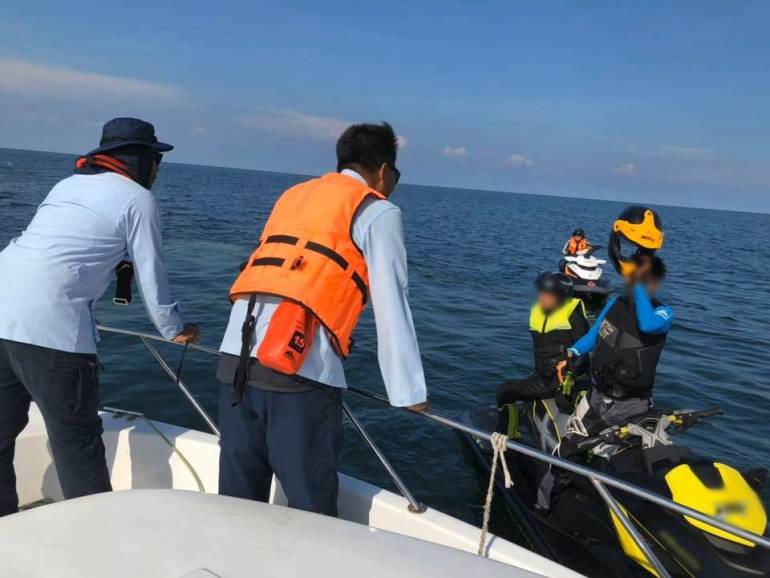 The Department of Marine and Coastal Resources has been told to tighten up monitoring of Bryde’s, or Bruda whales in the seas off Thailand’s southern province of Phetchaburi after about 10 jet skiers were spotted in the area on Sunday.

The jet-ski riders have reportedly agreed to avoid the area when officials from the department spoke to them after Natural Resources and Environment Minister Worawut Silpa-archa was informed of the incident.

The minister said that the jet skis pose a risk to the mammals and their loud noise drives them away from their feeding grounds in the area.

The minister cited the case of Cebu Island in the Philippines, which is a popular dive site for whale watching, saying that the creatures are properly protected with cooperation from locals and tourists alike.

“Tourists who come to see the Bryde’s whales must be aware of constructive tourism.  Jet-skiing may harm the whales and affect their feeding.  Hence, the practice must stop,” he said.

Mr. Sophon Thongdee, director of Marine and Coastal Resources Department, said today that officials will check the operating licenses of the jet-ski service providers. He disclosed that there are about 50 Bryde’s whales in the Gulf of Thailand.

Guidelines for whale watching have been issued and include a boat speed limit of 7 knots within 400 metres of the whales and 5 knots when closer to them. Only 3 boats are allowed near the whales at any time.

Bryde’s whales are a protected species under Thai law.  Hunting is banned and violators are liable to 3-15 years in prison and/or a fine of between 300,000 and 1.5 million baht. 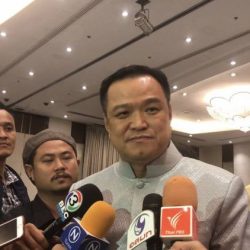 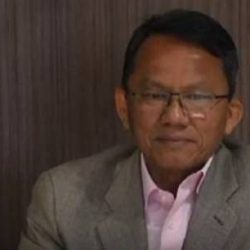