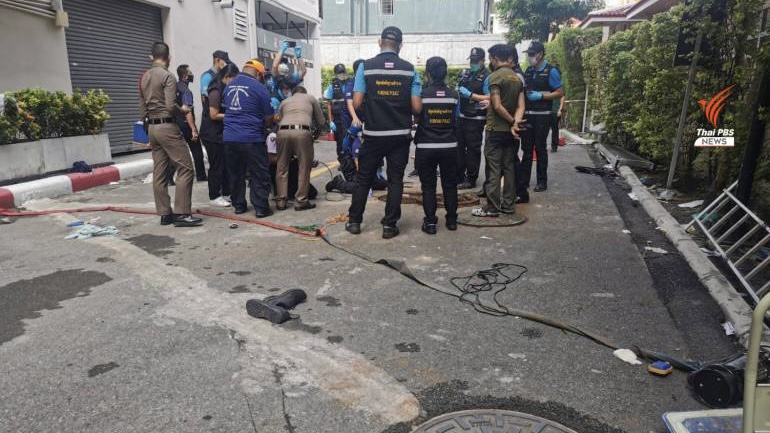 Three of the four people rescued from a soak pit at a condominium in Bangkok’s Bang Na area on Tuesday have died of suspected inhalation of toxic gas or suffocation.

The four, one of whom a security guard, were working for the condominium and had been assigned to clean the soak pit. While working in the pit, all of them fainted, prompting their supervisor to alert rescue workers, who managed to extract them from the pit and send them to hospitals.

Two of them died shortly afterward, while the other two were unconscious and one of them eventually succumbed today.

Bang Na police and officials from the Pollution Control Department, the Department of Public Works and Town & Country Planning and the Department of Environment of the Bangkok Metropolitan Administration checked the soak pit and measured the air quality in the pit today.

They found out that the concentration of oxygen in the pit was about 19.8%, which is below the minimum of 21% for human respiration. The amounts of hydrogen sulfide and ammonia, however, exceeded safety levels.

Pol Col Monsek Trakulpanich, superintendent of Bang Na police, said that they have not ruled out the possibility that the four workers might have been electrocuted by current which might have leaked into the pit.

A relative of one of the victims said that he had come to Bangkok today to take the body back to hometown for funeral rites. He complained that he had not been informed of the circumstances of his relative’s death.

Similar incidents happened also in Bangkok in 2018 and the southern province of Songkhla in 2020. Deaths from the former incident were caused by toxic gas and the latter by suffocation. 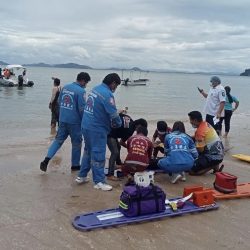