Three Ratsadon leaders, currently being held on remand, told the Criminal Court today (Monday) that they would not mention the monarchy issue again if the court grants them bail, with one of them also promising to quit politics to pursue his previous profession as a singer.

The trio made the offers during a hearing this afternoon to examine all the evidence in a case in which 22 Ratsadon leaders and members are charged with lèse majesté and sedition, in connection with protests at Sanam Luang and Thammasat University on September 19th and 20th.

Defendant Somyos Prueksakasemsook, the fourth defendant in the case, told the court that, because he was denied bail by the court, he has been unable to gather evidence to defend himself or to scrutinize the prosecution evidence, adding that he is afraid that he will not be accorded a fair chance to defend himself.

He also said that, if the court grants him bail, he promises not to mention the monarchy in any future public appearances.

Defendant Patiwant Saraiyaem, alias Mor Lum Bank, went a bit further than his two colleagues by promising not to get involved in future protests, not to address the monarchy issue in his speeches and agreeing to wear an electronic ankle bracelet, if the court agrees to free him on bail.

The other Ratsadon leader, Ms. Panusaya Sithijirawattanakul, however, did not promise to steer clear of the monarchy issue in the future, but complained to the court that her detention has obstructed her studies and deprived her of the ability to examine the prosecution evidence properly, or to gather evidence to defend herself.

She asked the court to grant her bail, so that she can defend herself, adding that she might join her colleague, Parit Chiwarak, on hunger strike, if the court does not grant her a bail today.

The defendants’ lawyer told the court that he had shown a video clip in evidence to his clients in jail and sought permission from the court to allow the other defendants, also held on remand, to see it.

In order to allow the defendants access to all the prosecutionevidence, the court scheduled a pre-trial hearing on April 7th, for all the defendants and their legal teams to examine the evidence before the hearing the next day.

The court did not consider the Ratsadon core leaders’ bail requests or promises. 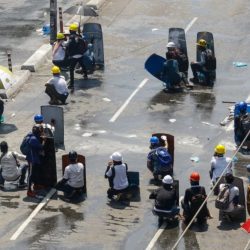 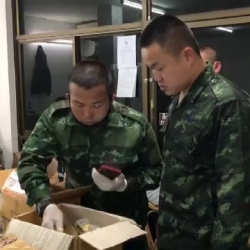