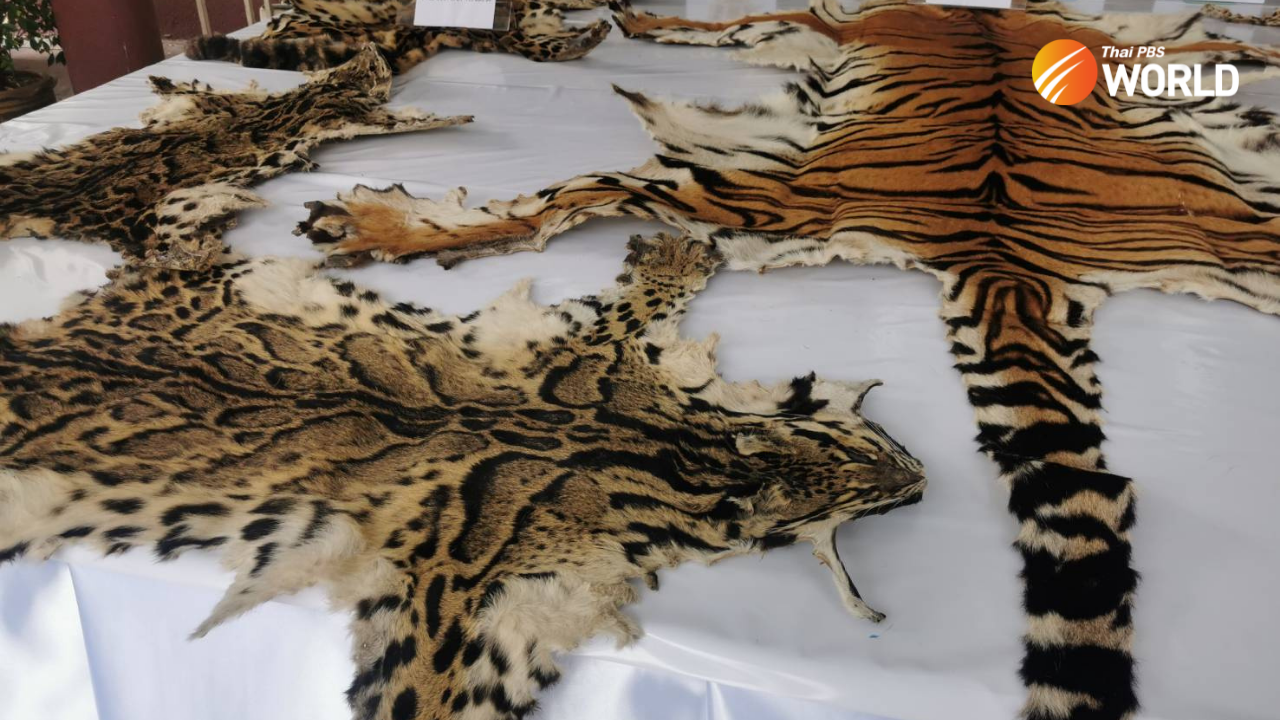 National park officials and police from the Natural Resources and Environmental Crime Division arrested three men yesterday (Tuesday) and seized about two million baht’s worth of tiger and leopard hides at a resort in Sangkhla Buri district, of the western province of Kanchanaburi.

Acing of a tipoff from an informant in the district, saying that a group of illegal wildlife traders had brought one tiger and three clouded leopard hides from Myanmar for sale at a resort in the district, a police officer, posing as a potential buyer, approached the traders. Negotiations ended with the price tag being set at 2.2 million baht and a down payment of 20,000 baht being wired to the bank account of one of the traders. 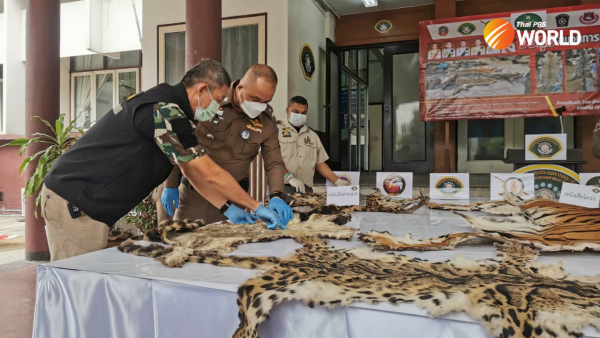 Later the same day, when the two sides showed up at the designated location to make the exchange, plainclothes police and park officials made the arrests.

The officials later searched the suspects’ rented room in the resort, where they found four pieces of tiger and leopard skins and three leopard cubs. 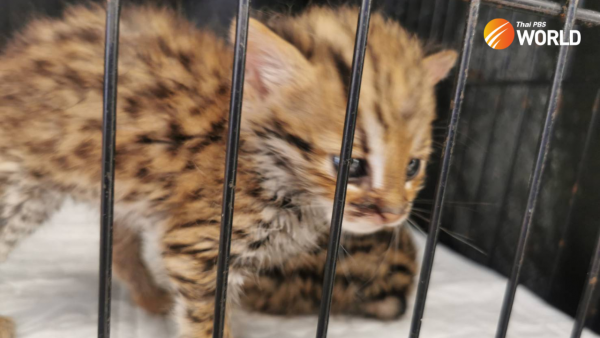 The three suspects, including an ethnic Mon, were charged with the possession of and trading in carcasses of protected wildlife species. The second offence is punishable by imprisonment of not more than 10 years and/or a maximum fine of one million baht on conviction.