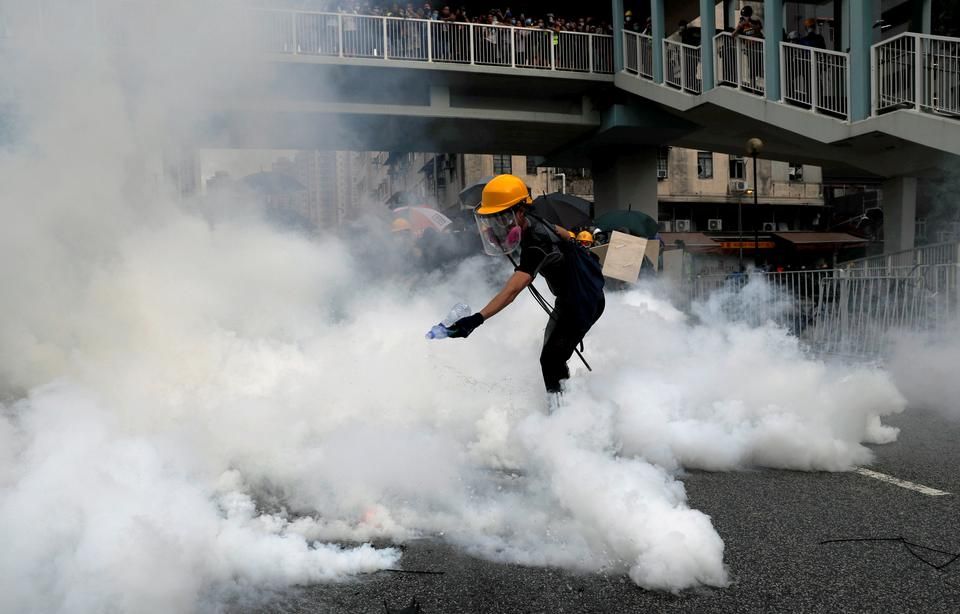 Hong Kong (AFP) – Thousands of Hong Kong protesters defied a police ban on Saturday and marched through a town near the Chinese border to rally against suspected triad gangs who beat up pro-democracy demonstrators there last weekend.

Public anger has been raging since last Sunday when a gang of men in white t-shirts, armed with poles and batons, set upon anti-government protesters and bystanders in Yuen Long station, leaving at least 45 people needing hospital treatment.

The brazen assault was the latest escalation in seven weeks of unprecedented political violence that shows little sign of abating as the city’s pro-Beijing leaders refuse to budge.

Hong Kong has been plunged into its worst crisis in recent history after millions of demonstrators took to the streets and sporadic violent confrontations erupted between police and pockets of hardcore protesters.

The demonstrations were triggered by a controversial bill which would have allowed extraditions to mainland China, but have evolved into a call for wider democratic reforms and a halt to sliding freedoms.

Police have been heavily criticised for being too slow to respond to Sunday’s violence, fueling accusations of collusion or turning a blind eye to the pro-government mob allegations the force has denied.

Social messaging channels used to organise the largely leaderless movement quickly filled up with vows from people to join in.

Some suggested holding a “shopping spree” in Yuen Long, others for a mass gathering of Pokemon Go, a popular mobile phone game.

Huge crowds spilled out of Yuen Long’s main station on Saturday afternoon and into surrounding streets where police maintained a large presence but kept their distance. Many shops were shuttered.

“Everyone of us came here on our own initiation,” a 25-year-old medical worker surnamed Ng, told AFP. “So I don’t think this is an illegal assembly, I’ve just come here as an individual to tell people my thoughts.”

Another woman, surnamed Cheung, said she wanted to show “we are not afraid and that Hong Kongers won’t cower in fear”.

“The police and (the government) are together suppressing people’s freedom to express their views,” she added.

Large plastic barriers filled with water surrounded the local police station which was shuttered. The most common chant outside was “hak ging” black cops a pun on the phrase to describe triads: black societies.

Yuen Long is in Hong Kong’s New Territories, a rural area where many of the surrounding villages are known for triad connections and their staunch support for the pro-Beijing establishment.

Rumours have swirled that protesters might target the ancestral halls and graves of a village close to the Yuen Long’s station where the white shirt mob ran into after their attack and later left without police making any arrests despite a large presence of officers.

Earlier this week the graves of Junius Ho’s parents were vandalised. An ardent pro-Beijing lawmaker, Ho was seen shaking hands with the white-shirted men before Sunday’s attack. He also threatened a pro-democracy lawmaker in an online video earlier this week.

That lawmaker, Eddie Chu, who also hails from the New Territories, said many villagers abhorred Sunday’s attack but were afraid to speak out, calling on demonstrators not to harm graves and halls.

An AFP photographer saw protesters putting up signs encouraging others not to venture into the nearby villages.

Weeks of unprecedented protests with huge turnouts as well as frequent clashes and the sacking of parliament have had little luck persuading Beijing or Hong Kong’s leaders.

Beijing has issued increasingly shrill condemnations in the last fortnight, but has left it to the city’s semi-autonomous government to deal with the situation.

A timeline of Hong Kong’s protests

On Friday thousands held a 10-hour protest at the airport arrival hall in a bid to “educate” visitors about their movement especially those on the Chinese mainland where news is heavily censored.

The protest was peaceful and there was no disruption to flights.

Police have allowed a rally to take place, but denied protesters permission to march, raising the likelihood of further confrontations. 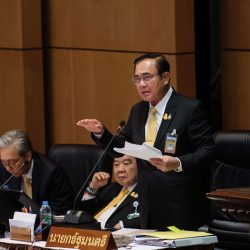 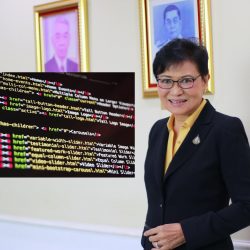