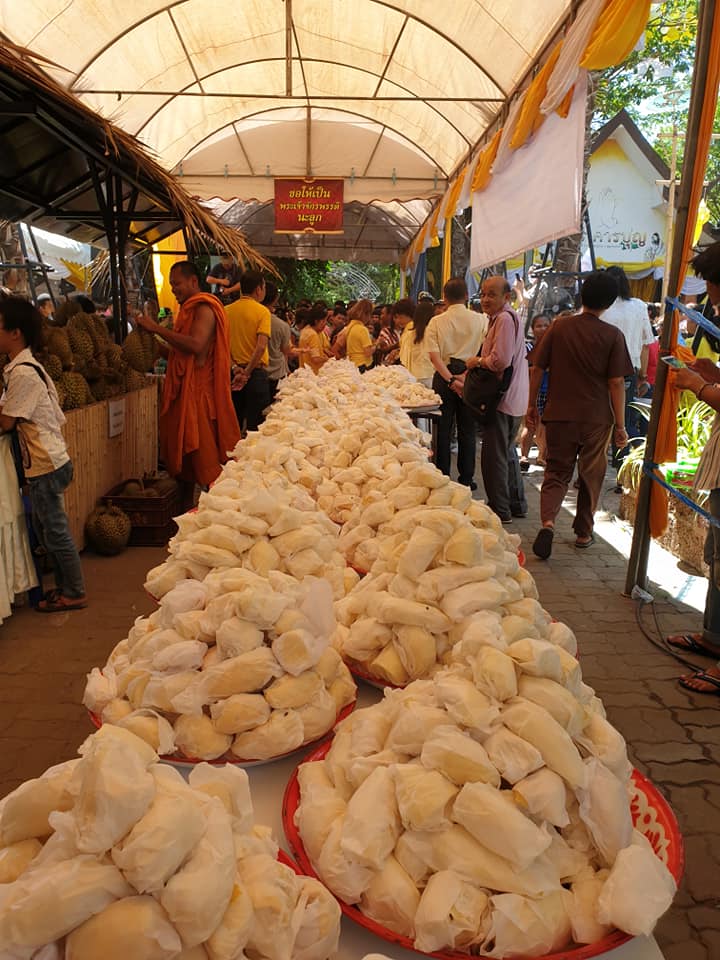 Wat Tha Mai, in Krathum Ban district of Thailand’s coastal province of Samut Sakhon, was jam packed with people who flocked to the temple this morning (Wednesday), not to pay respects to the Buddha images there, but for free durian.

About three tonnes of durian were trucked in, from orchards in the eastern province of Chanthaburi, by faithful supporters of the temple to pay tribute to the late King Bhumibol Adulyadej and HM King Maha Vajiralongkorn on the occasion of the Coronation in Bangkok this weekend.

The durian fruit was wrapped in paper and placed on plates for anyone who wanted to taste the “king of fruits”.

Besides durian, which appeared to be the main attraction, there were also about 10,000 eggs and a variety of Thai sweets for all visitors to enjoy.

According to local reports, many people, including laborers, flocked to the temple after they heard by word of mouth about the free durian and caused traffic jams on roads leading to the temple. 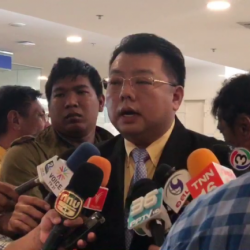