A former key leader of Pheu Thai dating back to its incarnation as Thai Rak Thai in 1998, veteran politician Khunying Sudarat Keyuraphan has left the opposition party abruptly.

In her letter dated November 30 and addressed to Pheu Thai’s registrar, Sudarat offered no reason for her decision to resign as a lifetime party member.

However, observers and analysts point to three issues that pushed the 59-year-old political veteran to the exit.

Second, the new executives ignored her wish for Pheu Thai to officially field a candidate in the next election for Bangkok governor.

Third, the new leadership prevented Sudarat from joining Pheu Thai’s campaigning for local administration elections in the provinces. They also threatened to ban any candidates who asked her to support their campaigns.

According to many analysts, the humiliating ban on joining election rallies was the last straw for Sudarat.

Her lifetime membership was Sudarat’s only remaining connection with Pheu Thai after she had resigned as party chief strategist in September.

Her abrupt departure came as no surprise to veteran observers of the onetime ruling party. After several months of fierce party infighting, Sudarat’s options were fast diminishing and resignation became the only choice left to her.

Her departure also marked the end of her decades-long ties with Pheu Thai’s patriarch Thaksin Shinawatra, who has retained his influence over the party despite not holding an executive position.

Three other senior Pheu Thai figures submitted their resignation on the same day as Sudarat. More of her party allies are thought to be ready to follow suit.

Her departure is likely to undermine Pheu Thai’s support base in Bangkok, given her popularity has helped party candidates win elections in the capital.

Sudarat made her political debut in March 1992 after winning an MP’s seat in Bangkok. She contested the election for the Palang Dharma Party led by Bangkok governor Chamlong Srimuang – then a popular politician with a reputation for integrity and clean-living.

Her father Sompol was a former MP from Nakhon Ratchasima province.

She is also said to have had strong ties with General Prawit Wongsuwan, a key figure in the present government, dating back to his days in the Army.

In 1992, a 31-year-old Sudarat became deputy government spokesperson for Chuan Leekpai’s administration, serving alongside a young Democrat politician Abhisit Vejjajiva, who was spokesman. 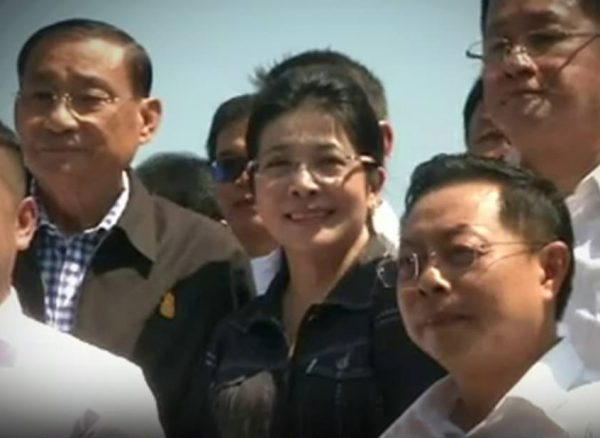 During her early years in politics, Sudarat was known for her good looks and tough character – earning the nickname “beautiful but bitchy” from the press.

Sudarat’s political ties with Thaksin date back to 1994, when the budding telecoms tycoon joined Palang Dharma. Thaksin became party leader in the following year and Sudarat was appointed secretary-general.

However, Thaksin left the party in 1996 after its embarrassing election loss. Sudarat was the only Palang Dharma candidate to win an MP seat.

Two years later, Thaksin co-founded the Thai Rak Thai Party along with 22 other people including Sudarat, who became a deputy party leader.

The party would grow to win three general elections and rule the country from 2001 to 2006, when Thaksin served as prime minister.

In 2000, Sudarat contested the election for Bangkok governor and her biggest contestant was popular rightist politician Samak Sundaravej, who won a landslide victory.

In 2007, Sudarat was among 111 Thai Rak Thai executive members banned from politics for five years after the party was dissolved by court order for election fraud. The verdict came a year after the September 2006 military coup overthrew Thaksin’s government.

Sudarat returned to politics last year, contesting the general election as a party-list MP and prime ministerial candidate for Pheu Thai. She was one of the party’s three PM candidates. 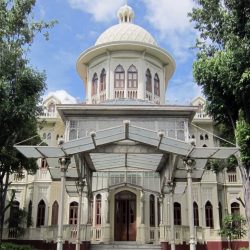