The royalist Thai celebs pushing back against pressure for monarchy reform 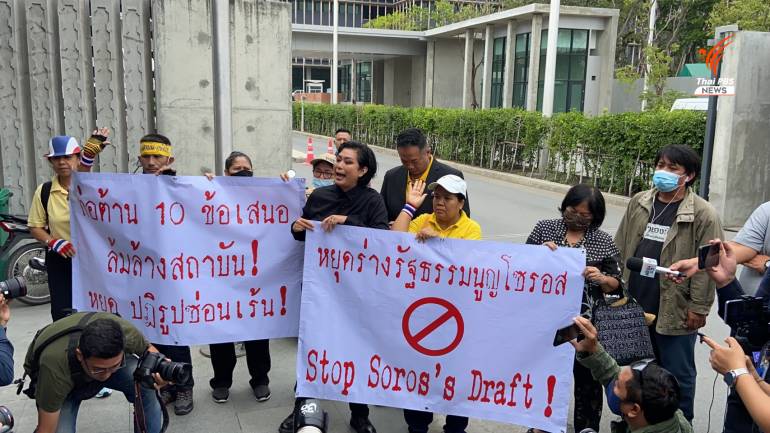 As calls grow among the young generation to reform the monarchy, some Thai celebrities are risking boycotts and hatred to defend their beloved royal institution.

Their emotional reactions to the push for change are costing them fans — and even jobs. Here are a few of the royalist celebs pushing back against pressure for royal reform. 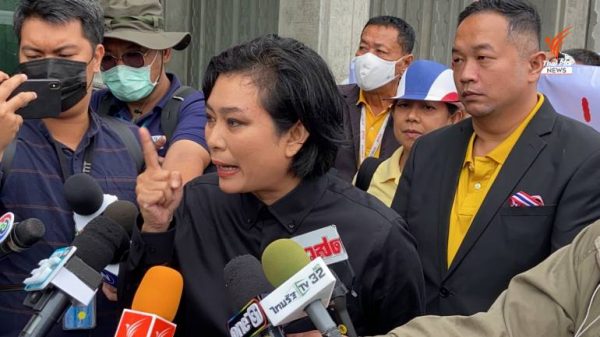 Haruthai leapt to defend the monarchy against what she calls a disinformation campaign aimed at undermining the institution. Like other royalists, she is convinced the monarchy is a core force for national unity.

The 46-year-old is often seen on the frontline, mobilisingfellow royalists to counter youth-led protesters’ calls for monarchy reform, a more democratic charter and the resignation of Prime Minister Prayut Chan-o-cha.

“Royalists are coming forward not to confront [the protesters], but to prevent lese majeste,” she said.

In January, Haruthai asked those who are challenging the Thai monarchy if they would dare to do the same against any other foreign head of state.

“Let’s see if you are sent to jail. Do you dare? Hahaha,” she said in a Facebook post.

Her royalist convictions are rooted in her student years when she joined the 1992 uprising against the regime of General Suchinda Kraprayoon. She was among the protesters detained during the deadly “Black May” crackdown before King Rama IX intervened and Suchinda resigned.

In 2013, Haruthai spoke on stage during street protests against the Yingluck Shinawatra government – a movement that culminated in a military coup in May 2014.

A staunch supporter of the monarchy, Bin has been quick to condemn actions he deems disrespectful to the royals, such as a protester raising his middle finger at a passing royal motorcade. Bin, 58, recently declared he would slap anyone who disrespected the monarchy even if his violence resulted in a legal penalty.

That comment led to him quitting his 30-year job as a volunteer rescue worker at the Ruamkatanyu Foundation in October last year. The foundation’s management reportedly did not want him making political statements at a time of growing anti-establishment protests.

He subsequently travelled the country organising royalist gatherings to show public support for the monarchy.

His notable works as an actor include the historical drama “Bang Rajan” and the 2004 Hollywood film “Alexander”. He also earned accolades for directing the “Panya Raenu” comedy series.

In November last year, the 60-year-old hit songwriter and TV personality filed a police complaint against anti-establishment protest leaders, accusing them of insulting the monarchy. The action sparked an online boycott campaign against him.

Two days before filing the police complaint, he posted a Facebook message opposing monarchy reform: “Don’t ask monks what they like for alms. Don’t ask the King if Article 112 [the lese majeste law] should be enforced. #It’s about time.”

His forthright comments were seen as provocative and divisive by many netizens, while they also drew sarcastic comments from his young colleagues in the entertainment industry.

He also declared that the October 6, 1976 Thammasat massacre – in which right-wing mobs whipped into a frenzy of anti-communist fervour killed and mutilated dozens of students – had been “caused by something that was not as serious as what is seen today”.

Nitipong backed his verbal attacks with a call for action, saying “real Thais are finding it difficult to breathe”.

Formerly a senior executive at music company GMM Grammy, Nitipong is a prolific composer with more than 350 songs to his credit – many rendered by popular pop stars.

The actor last year denounced calls for democratic rights and freedom as a form of online bullying. His tweet was met with allegations that he supported dictatorship and violence against protesters.

He then voiced his stance against monarchy reform, saying “we have no duty to scrutinise [the institution]”.

Responding to claims that his love for the monarchy was blind, Anuchyd responded by saying “I see no problem with the issues raised [by the reformists]”.

In a tweet in October, the 41-year-old actor said he fully supported strict enforcement of the lese majeste law under Article 112 of the Criminal Code.

“I have no problem with this law. Please punish the violators with the severest penalty,” he wrote. Dozens of anti-establishment protest leaders have since been charged with lese majeste and face prison sentences of three to 15 years if found guilty.

His message triggered a social media furore and calls for a boycott against him. His supporters quickly pushed back, launching the hashtag “#SaveOAnuchyd”.

The actor is often seen joining royalists and showbiz peers at public events attended by Their Majesties.

Ornapha, a 66-year-old transgender celebrity, made the headlines last August when she lashed out at high-school students rallying in solidarity with the anti-establishment movement.

“Keep playing with your [expletive] at home. Don’t go to school, you demon kids,” read her Facebook message.

Her comment angered many netizens, who called for people to boycott brands that sponsor her TV shows. She was later forced to give up her job co-hosting two variety shows.

His message triggered calls for people to boycott his television soaps and the products he presents. However, some netizens criticised the calls as a “witch hunt”, saying freedom of expression should be respected.

Last October, Sinjai posted on Instagram photographs taken at a public function with other well-known entertainment personalities – all wearing yellow and waiting to greet the royal family. 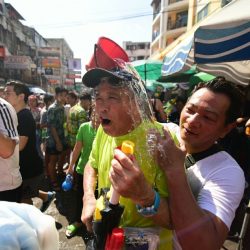 Songkran festivities may be allowed without water splashing 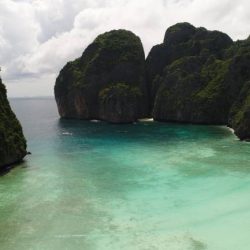