Deputy Prime Minister Gen Prawit Wongsuwan is generally considered a weak link in Prayut Chan-o-cha’s administration, tainted by the scandal over a multimillion-baht wristwatch collection, despite his repeated denials of corruption. But in a twist of fate, he finally finds himself in the top post of prime minister, thanks to a legal dispute over the tenure of his junior Army classmate.

The Constitutional Court on Wednesday voted 5:4 to suspend PM Prayut from duty after it decided to accept a petition filed by the opposition asking for a ruling on his eight-year term as prime minister. Prayut will be suspended as PM until the ruling is delivered, though he can continue to serve as defense minister in the Cabinet.

Prawit, who is leader of the ruling Palang Pracharath Party, tops the hierarchy of the six deputy prime ministers, so he automatically became caretaker prime minister following Prayut’s suspension. Prawit will remain as caretaker PM until the Constitutional Court issues its ruling on Prayut’s tenure.

The caretaker PM has full authority to reshuffle the Cabinet or dissolve the House of Representatives, according to Deputy Prime Minister Wissanu Krea-ngam, the government’s legal expert.

Prawit, now 77, is known as the “big brother” of the Burapha Payak (“Tigers of the East”) military clique of officers, who typically start their careers in the 21st Infantry Regiment based in Prachinburi. This group includes former Commander-in-Chief Anupong Paochinda and his successor Prayut. The trio of generals is dubbed the “3Ps” – Prayut, Prawit and “Pock” (Anupong).

While Prayut led the coup that toppled the Yingluck government in 2014, Prawit is widely credited with helping the military prolong its power after the 2019 general election.

In June 2020, as chief party strategist, Prawit was elected as Palang Pracharath’s new leader. He won the top seat uncontested, announcing he would accept the post to end internal disputes as it would allow him to handle party infighting. “They [the factions] must be reconciled,” he said.

His rise to party chief was expected to quell an ongoing power struggle within Palang Pracharath, which has many factions.

Armed with strong political connections and eight years’ experience in politics, Prawit is well versed in dealing – and bargaining – with party members. Colleagues describe him as a man of charisma and influence with the ability to make party politicians toe the line.

Some analysts describe him as the country’s most influential retired general. With his strong military connections and influence, Prawit as new party leader was expected to help the Palang Pracharath-led government and PM Prayut cement their power for the long term.

Prawit has strong connections with business tycoons and politicians across the spectrum, including coalition partners like Bhumjaithai and the Democrats and even the main opposition Pheu Thai Party.

Recent reports speculated that Prawit and fugitive PM Thaksin Shinawatra had made a “secret deal” for Palang Pracharath to join hands with Thaksin’s proxy Pheu Thai to form the next government after the coming election.

The deal reportedly spurred the government’s U-turn over the party-list MPs calculation, switching from dividing the votes by 500 (the total number of MP seats) to 100. The 100 method would increase the chance of large parties, especially Pheu Thai, gaining an absolute majority in the House.

Souring of ties with Prayut

As Prayut’s popularity started to decline last year, an attempt was made to unseat the premier led by then Palang Pracharath secretary-general Thamanat Prompow. It was rumored that Thamanat, who is close to Prawit, collaborated with the 10 single-MP micro-parties to vote against Prayut in last September’s censure debate.

But the failure of the plot led to Thamanat being ousted both as deputy agriculture minister and party secretary-general. He finally found a new home in the Thai Economic Party.

Since then, Prawit and Prayut have reportedly been at odds. Once closely united, the three brothers-in-arms have seen ties sour recently, particularly between Prawit and Prayut. The trio’s “little brother”, Prayut, appears to have lost support from his big brother, analysts say.

According to reports, some ruling party MPs have even tried to replace Prayut with Prawit as PM or wanted the latter to take over as interior minister from Anupong.

Born on August 11, 1945, in Bangkok, Prawit has remained single despite rumors of amorous relationships in recent years.

“I am single, and I can be in a relationship with anyone. It’s my business when I get married or if I am seeing someone,” he told the press in 2016 following a surge of media speculation.

Prawit graduated from the Armed Forces Academies Preparatory School in 1965 and entered Chulachomklao Royal Military Academy. After graduating in 1969, he became an officer in the 21st Infantry Regiment (Queen’s Guard) of the Second Infantry Division.

It was during those early days in the military that Prawit met his brothers-in-arms Prayut and Anupong – who now serves as interior minister. Part of the famous Burapha Payak military clique, all three went on to head the Royal Thai Army as commander-in-chief.

Prawit was appointed Army chief in October 2004 under Thaksin Shinawatra’s government, serving until his retirement in September the following year. After the 2006 military coup which overthrew Thaksin, Prawit was appointed to the National Legislative Assembly.

He served as defense minister in the Democrat-led government of Abhisit Vejjajiva from December 2008 until August 2011. Prawit became a key figure in the emergency center set up to deal with the 2010 anti-government protests, which ended in a deadly crackdown by troops that left nearly 100 dead.

After the May 2014 coup led by then Army chief Prayut, Prawit was appointed deputy chairman of the junta’s National Council for Peace and Order (NCPO), as well as deputy prime minister and defense minister in Prayut’s post-coup Cabinet – and later chairman of the committee tasked with selecting members of the current Senate.

Prawit has been hounded by scandal ever since he was spotted wearing ultra-luxury wristwatches on several occasions, prompting accusations of “unusual wealth”. None of the watches – 25 in total – were listed on his mandatory asset declarations filed with the National Anti-corruption Commission (NACC) when he took office following the 2014 coup.

Prawit claimed the timepieces were loaned to him by a billionaire close friend and had been returned to the owner’s family after his death. Following a two-year investigation that included an interrogation of the deceased billionaire’s two daughters, the NACC ruled Prawit innocent of wrongdoing for failing to declare the borrowed watches.

The agency said that the loaned watches should not be considered Prawit’s debts or assets as they did not belong to him. 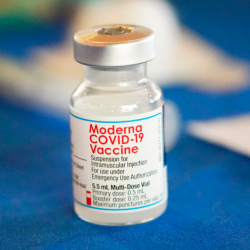