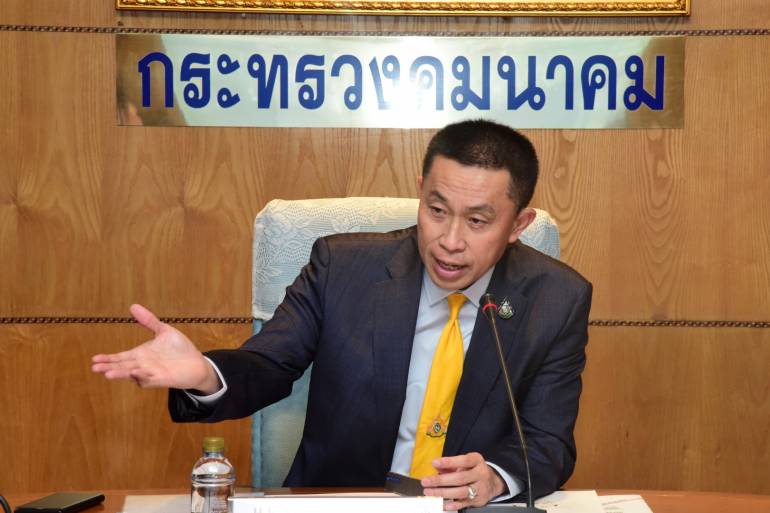 Saksayam Chidchob was previously best known as the “nominee” of his older brother, veteran politician Newin. However, last week he landed himself in trouble by becoming the first Cabinet member and highest-ranking government official to test positive for COVID-19.

News of his infection sparked public anger amid strong rumours he contracted the virus at a nightspot in Bangkok’s upmarket Thong Lor area. Thong Lor’s nightlife is the epicentre of Thailand’s third wave of COVID-19.

His decision to hold back details of his timeline also attracted much public criticism. The missing details were filled in by a Public Health Ministry official in his political stronghold of Buri Ram, but further changes and clarifications to his timeline only fuelled public doubt.

Understandably, people have been demanding high standards from holders of public office, expecting them to serve as role models leading the national battle against COVID-19.

Saksayam is now being treated at a hospital in Buri Ram and has denied social media rumours that he visited entertainment venues in Thong Lor and Ekkamai before becoming infected. Buri Ram’s public health chief insisted on Friday that the minister had picked up the virus from a personal aide, who allegedly hung out at two nightspots in the area.

Civil networks have called on state agencies to investigate the movements of politicians and government officials suspected of catching the virus while visiting glitzy Bangkok bars and failing to follow disease-control protocols.

The 58-year-old transport minister is the youngest son of late former House speaker and veteran Buri Ram politician, Chai Chidchob, and the youngest brother of Newin. Saksayam entered the spotlight as Newin’s nominee after the latter declared he was stepping out of politics in 2012 to oversee his Buriram United Football Club.

Saksayam graduated from Thammasat University’s Faculty of Political Science and went on to serve as deputy district chief under the Interior Ministry’s Department of Provincial Administration.

In 2001, he quit civil service to enter the political fray with the now-defunct Chartthai Party and won his first election in his hometown. Saksayam then joined Newin in defecting to the now-defunct Thai Rak Thai Party in 2004. As an executive of Thaksin Shinawatra’s Thai Rak Thai, Saksayam was banned from politics for five years when the Constitutional Court dissolved the party for electoral fraud in 2007.

The government is facing public anger for its perceived failure to clamp down on the decadent lifestyles of certain government figures blamed for recent high-profile COVID-19 cases. On Wednesday (April 7), Transport Minister Saksayam Chidchob became the highest-ranking government official to come down with the virus.

Despite the ban, Saksayam was appointed head of a working panel under then-interior minister Kowit Wattana in Somchai Wongsawat’s government and reappointed under Kowit’s successor Chaovarat Charnvirakul in Abhisit Vejjajiva’s government. Chaovarat was Bhumjaithai leader at the time.

As panel chairman, Saksayam’s responsibility was to screen the work agenda of ministers, making him an “influential” figure in the Interior Ministry.

Responding to critics who claimed that Newin was “the real interior minister”, Saksayam said his brother never interfered in his work at the ministry, though he admitted they occasionally discussed matters. But Chaovarat always had the final say, he added.

“We [Saksayam and Newin] always talk, but Newin will never return to politics. He just wants to work without a [political] post,” he said.

Rising in the ranks

During the 2008 political crisis, which saw shifts in political factions, Newin – as leader of the “Friends of Newin” Group – formed a new faction under Bhumjaithai and defected from Thaksin’s camp to the Democrat-led government.

After serving his political ban, Saksayam joined Bhumjaithai and was appointed as secretary-general of the party, which was led by Public Health Minister Anutin Charnvirakul, an ally of Newin.

After the March 2019 general election, Bhumjaithai joined the Palang Pracharath-led coalition and Saksayam made his ministerial debut with the “A” grade Transport portfolio. He also supported Prayut Chan-o-cha’s appointment as premier.

In February this year, the transport minister was at the centre of a coalition conflict after six Palang Pracharath MPs abstained from supporting Saksayam in a no-confidence vote. Bhumjaithai pressured Palang Pracharath to take action against the six MPs.

In 2019, Saksayam declared assets worth Bt115.8 million, most of it in cash deposits and land, to the National Anti-Corruption Commission. As per his filing, his marital status is single. 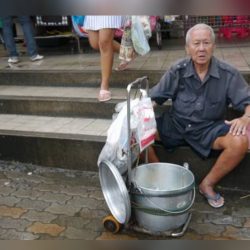 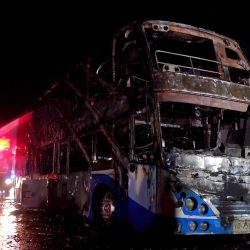