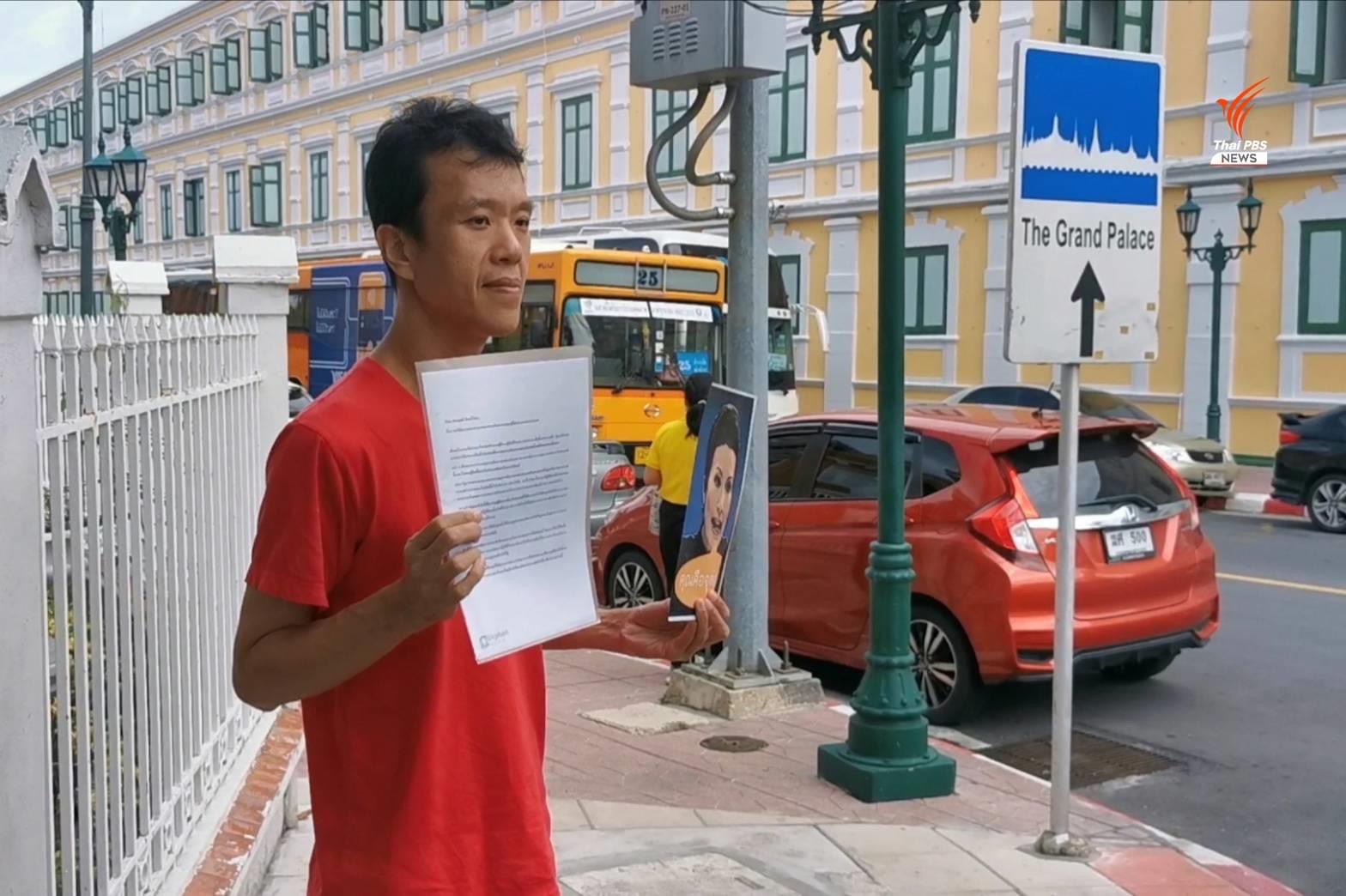 Colourful solo activist Ekachai Hongkangwan has landed himself in legal trouble again – this time facing the rare charge of threatening Her Majesty the Queen.

The incident spurred a new phase in ongoing anti-establishment protests, prompting the government to declare a state of “grave emergency” in Bangkok.

Also invoked was the Criminal Code’s rarely-used Article 110, which prescribes a jail term for anyone committing an “act of violence” against the queen or her liberty.

In a nutshell, the incident marked an unprecedented public challenge to royalty, and came after weeks of protests demanding reform of the once untouchable monarchy.

Explaining his reasons for ordering the state of grave emergency, Prime Minister General Prayut Chan-o-cha said: “Many groups have encouraged and mobilised others to gather in defiance of the [existing] law governing public assemblies in Bangkok, using methods and channels that caused turmoil, commotion and public disorder, with actions affecting a royal motorcade.”

In a state of grave emergency, as the government leader, Prayut may instruct troops to aid police in controlling the situation.

Video clips showed the royal motorcade had to slow down as it moved through crowds of protesters on the evening of October 14.  Security officials had to walk or run around the moving vehicle in a bid to keep away protesters.

One spectator at the scene recognised Ekachai and fellow activist Bunkueanun Paothong among the booing crowd and filed a complaint against them.

Arrest warrants were duly issued against Ekachai, 45, and Bunkueanun, 21. They deny any wrongdoing.

The younger activist, who is studying in Mahidol University’s international programme, said on Friday as he surrendered to police, “I am here to prove my innocence. I was not going to harm the Queen”.

Bunkueanun said he was holding a loudspeaker and addressing protesters on October 14 without knowing that a royal motorcade was on its way.

“When I knew the royal motorcade had arrived, I tried to move away so it could pass through,” he said.

Speaking separately, Ekachai echoed Bunkueanun’s claim that the authorities did not inform protesters that the royal motorcade would use the road. He said he saw dozens of policemen locking arms and marching towards protesters.

“We were scared. It was as if they were going to do something to us. So, we tried to push the policemen away,” the activist said.

Bunkueanun was released on a bail surety of Bt200,000. The university student said his bail conditions ban him from giving media interviews. So far, he has only spoken publicly via social media, to thank all those who have supported him.

Unlike Bunkueanun, Ekachai was arrested before he could turn himself in. Despite announcing via social media on Friday morning that he would surrender, police intercepted and arrested him on the way. At press time, Ekachai remained behind bars after reportedly failing to raise the bail bond to secure his temporary freedom.

This is not the first time that Ekachai has been locked up. He previously spent more than two years behind bars after being convicted of lese majeste under Article 112.

A graduate of Assumption University, Ekachai had no interest in politics until the 2006 coup saw the appointment as prime minister of General Surayud Chulanont, who soon later cancelled the two- and three-digit government lottery.

“I was making my living from that lottery [introduced by the Thaksin Shinawatra-led government]. So, when I suddenly became jobless, I was frustrated,” Ekachai has said about his path towards activism. “Online I discovered lots of information and a heated debate on the state of Thai politics.”

Curious and able to read English, he gained access to loads of information, including some disclosed by the whistleblowing website Wikileaks. He became convinced that Thai media had failed to present a balanced picture of events. Believing that the Thai public should see how outsiders perceived Thailand and its situation, he produced copies of international reports and information and started selling them at Bt20 per piece at red-shirt rallies in 2011.

His activism resulted in a conviction for lese majeste, for which he was sentenced to two years and eight months in jail.

Despite being thrown behind bars, he has continued speaking up and sharing information on current events in Thailand. He stepped up his activism in 2017, when the Khana Ratsadon memorial plaque marking the 1932 Siamese Revolution that ended absolute monarchy went missing. His activities – mostly solo – have since intensified.

He is probably best known for trying to hand a Seiko watch to General Prawit Wongsuwan in 2018, when the deputy PM-cum-defence minister was mired in a luxury-watch scandal. Prawit had been pictured sporting an expensive watch that was not listed in his asset declaration.

Ekachai’s activism is filled with eye-catching stunts and gimmicks. On one occasion in 2018, he placed 36 joss sticks in front of Royal Thai Army headquarters under the pretext of dispelling “bad luck” that had led to repeated delays of Thai elections.

On another, he played a fiddle in front of Government House, alluding to a Thai proverb that says playing fiddle to a buffalo (trying to teach a stupid person) is useless.

Following such stunts, Ekachai and his property have faced repeated physical attacks. He has been beaten up several times by anonymous assailants (on one occasion in 2019, he was rescued by a group of tourists), to the point where he thought about requesting state protection.

His car has also been attacked at least twice. 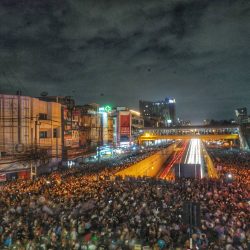 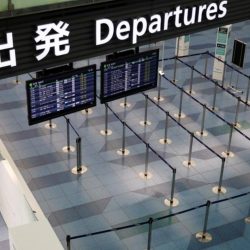