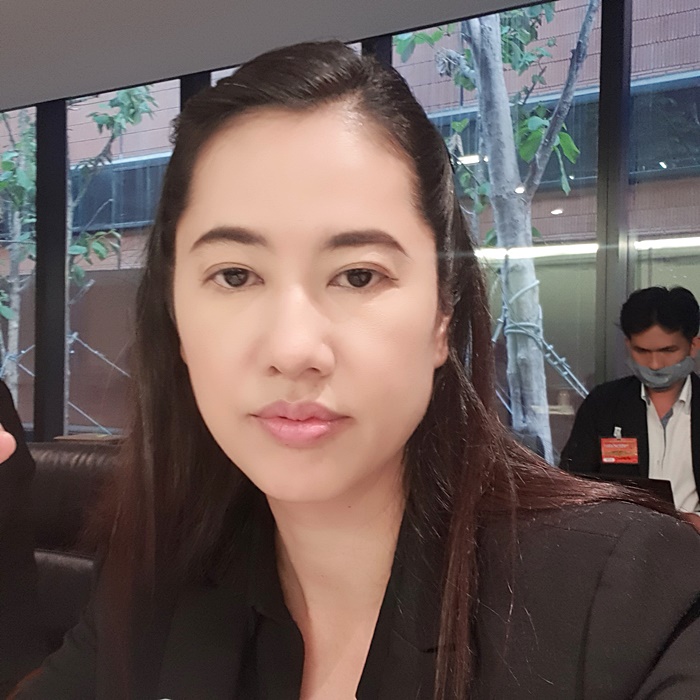 Ranking among the country’s most talked-about female MPs, former Miss Congeniality Pareena Kraikupt has received huge media coverage ever since she joined the Palang Pracharath Party.

The coverage has not always been positive. Yet if the number of headlines is an indicator of her political strategy’s success, Pareena deserves to be called a champion. During the past week, she dominated news space after picking a fight with TV host and Miss Thailand 2000 Panadda Wongphudee.

Political observers pointed out that Pareena’sattention-grabbing feud took place at a time when her party was being shaken by mass resignations of its executives, announced on June 1. Her move also diverted public attention away from tension over the Comprehensive and Progressive Agreement for Trans-Pacific Partnership (CPTPP) – which Thailand looks set to sign despite concerns about the possible adverse impacts on the country’s healthcare and agricultural sector.

On June 2, Pareena suddenly posted several sexy pictures of Panadda on social media with the hashtag “#Bullshit”. “Speak carefully when you are in showbiz or else public misunderstanding will spread,” Pareena’s message read. “Complaints of rape and intimidation can be filed with police. BTW, I admire an actress who is talented in many fields (typo) and who has had many husbands, for her intentions …”

The message was an obvious reference to Panaddaand her campaign for a law against stalking of women. “[Women] will soon be able to do more than just file a police report on sexual stalking,” she said in a recent post. Panadda’s update came as no surprise to the public, given that she has for years campaigned for stronger legal action against rape and sex crimes.

Indeed, as deputy chair of the House’s ad-hoc committee on preventing sex crimes, Panadda has strong public service credentials. So, it was no surprise when she responded to Pareena’s searing post with a critical message tagged #ifyouarenotsmartstayquiet.

Asked if this was a battle of “beauty queens”, Panadda – a doctorate-degree holder – pointed out that Pareena had never been crowned. Pareena was named Miss Congeniality at the 2001 Miss Thailand pageant, but she only got as far as the last 10 contenders for the crown before being eliminated.

The hashtag #ifyouarenotsmartstayquiet was top-trending on Twitter last Thursday, indicating huge public support for Panadda. Yet, that didn’t stop Pareena from continuing her feud. For example, when Panadda threatened to sue her for defamation, Pareena was quick to fire back with a threat to file a counter-suit.

Pareena, now 44, seems unafraid of stirring up trouble or criticism. Had she been afraid, she would have halted her verbal attacks after more than 100,000 netizens last year condemned her for referring to Pannika “Chor” Wanich – then spokesperson of the now-defunct Future Forward Party – as “E-chor”, a term of abuse.

The daughter of veteran politician Tawee Kraikupt, Pareena has a reputation for ferocity. Given her personality, the Phalang Pracharath Party’s big shots chose her as the outspoken defender of their party and the government. They reportedly expect her to be on the frontline of political battles, clashing with whoever dares to challenge them.

She often raises her hand in Parliament to protect her party and key government figures. And she frequently counterattacks on issues that threaten the popularity of the current administration. She was quick to dismiss as fake the reported attempted suicide of a judge over judicial interference in the deep South, and allegations of state-sponsored assaults on activist Sirawith “Ja New” Serithiwat.

Pareena is also known as a loyal defender of Deputy Prime Minister General Prawit Wongsuwon, speaking out to dismiss allegations against this powerful government figure. Earlier this month, she even visited a police station to lodge a complaint against the Progressive Movement’s co-founder Piyabutr Saengkanokkul for his references to the scandal over Prawit’s undeclared collection of luxury wristwatches.

Pareena has performed impressively as the government’s  fiercely defending her masters and fighting back against all opponents. But when she acts on a whim, she can be the administration’s weakness. She is also beset by her own scandals, including her alleged encroachment into forestland in Ratchaburi, her family’s political stronghold.

This female MP studied overseas from a young age. She received both her bachelor’s degree and her master’s in the United States. Now a divorcee and single mother, she receives Bt250,000 every month as child support from her ex-husband, billionaire Upakit Pachariyangkun, who is a senator. In her latest asset declaration, Pareena was worth more than Bt100 million. 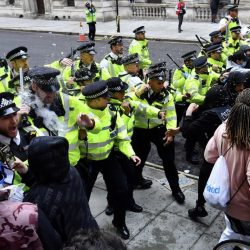 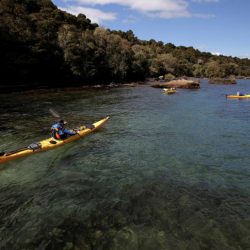