The joy of a Korean traditional wedding in Bangkok

Each culture’s marriage ceremonial traditions are unique. Many contain hidden or long forgotten, but interesting meanings. They can reveal a lot about that culture. The Korean traditional wedding is no different.

As we observed the first traditional Korean marriage ceremony that was held at the Korean Town in Bangkok.

Shin Yun-sup and Natcha sent a letter which was over 60 pages long, recalling their love story. It has been a year since the marriage registration and they haven’t been able to have the wedding ceremony due to COVID-19.

The director of the Korean Cultural Centre, Cho Jae-il, said that they want to support the wedding ceremony for the Korean-Thai couple, who missed out due to the pandemic, and to promote the beauty of the Korean traditional culture and Hanbok costumes.

Shin Yun-sup and Natcha first met in Korea after they met during a language exchange on an online site. Now, they are teaching Korean together on YouTube.

At the beginning of the wedding, the groom enters after a Suljanggu, or a Korean double-headed drum performance, and light candles.

Upon arrival, the groom presents a wild goose to the bride’s mother, because geese are known to keep their mate for life and are a symbol of fidelity. Then, the bride will enter the wedding area and exchange bows with the groom, make a wedding vow and share a cup of traditional liquor.

After that, H.E. Moon Seoung-Hyun, South Korea’s Ambassador to Thailand, was the marriage officiant, performed ‘rod nam sang’, the Thai wedding custom of pouring water on the couple’s hands and reciting the words of blessing. The ceremony concluded with a traditional Korean musical performance to congratulate the couples.

Natcha said she has only seen the Korean traditional wedding ceremony in Korean TV dramas and her experience was more than she expected.

She said “Talking about the charm, I think it’s the way they give precedence to parents in every part of the process. The ceremony began with parents and the eldest gave the speech. It’s quite charming to me and the costumes are so gorgeous.”

H.E. Moon Seoung-Hyun mentioned that it’s important to organise Korean traditional events in many countries around the world to promote Korean culture and to bring Korea closer to the world. 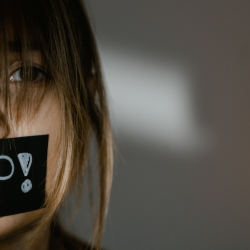 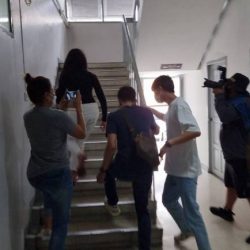