Future Forward party leader Thanathorn Juangroongruangkit has produced, via his Facebook page, images of three traffic tickets he received for speeding to prove that he was rushing back to Bangkok, from the northeastern province of Buri Ram, to transfer all his shares in V-Luck Media Company on January 8th.

He is due to meet with the Election Commission’s (EC) probe team at about 1 pm today (Tuesday) to defend himself against the EC’s charge that he still possessed the shares when he registered his election candidacy, which would be in violation of the Constitution and the MP Election Act.

In addition to the traffic tickets, Thanathorn also showed a map of his route and two cheque stubs, issued on November 8th 2018 and January 8th2019, as further proof that the shares were actually transferred before he registered.

Thanathorn and 11 other Future Forward candidates and prospective MPs are being accused of owning media shares when they registered their candidacy by political activist Srisuwan Janya, who has demanded that the EC to check the qualifications of these politicians. Srisuwan claims that he raised the issue with the EC in order to set a precedent for all politicians that they must comply with the law. 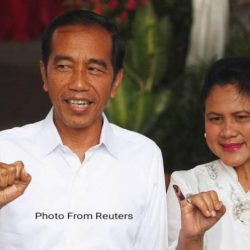 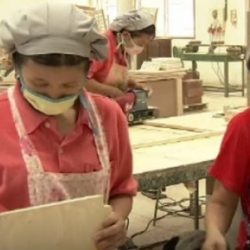