The surprise departure of Palang Pracharath’s secretary-general, Thammanat Prompow, from the Cabinet threatens to cause disarray in the ruling party and impact its performance at the next general election.

The dismissal of Thammanat, arguably the ruling coalition’s most powerful political broker, has baffled political observers, who were convinced he had made peace with Prime Minister Prayut Chan-o-cha by apologizing to him before the recent censure debate.

Observers say Thammanat’s removal could damage the ruling party’s chances of winning the next election.

Yuthaporn Issarachai, a political scientist at Sukhothai Thammathirat Open University (STOU), is convinced Thammanat will now leave the party, adding that it remains to be seen how many Palang Pracharath MPs will defect with him.

The academic said that from now on, PM Prayut will face more challenges to his power from other factions in the ruling party. Meanwhile, Thammanat’s eventual departure could wreck the party’s balance of power.

Yuthaporn said that together, Thammanat and Prayut’s “big brother”, Deputy Premier Prawit Wongsuwan (who is also party leader) appeared to have done a good job in maintaining the balance of power, keeping order and curbing infighting.

The analyst pointed out that Prayut’s problem is that he has no support base in the party as he is neither a Palang Pracharath member or an MP but merely its sole prime ministerial candidate.

“He can maintain power for a while but elected MPs are now gradually increasing their roles as the party’s balance of power changes. So, it’s hard for the premier to retain the strong power he enjoyed in the past,” Yuthaporn said.

Stithorn Thananithichot, director of the Office of Innovation for Democracy at King Prajadhipok’s Institute, said the ruling party needs another figure like Thammanat to boost its chances of winning the next election after Parliament restored the two-ballot vote system.

As party secretary-general and a veteran politician with a questionable background, Thammanat was the major power broker who engineered supporting votes for the government side in Parliament — particularly on key issues like the censure debate or important legislation. He maintains strong ties with politicians in opposition parties, as well as “micro” parties whose few MPs can be vital to winning a tight vote.

Thammanat was also credited with helping win several by-elections for the ruling party.

He once described himself as “the main blood vessel that nourishes the government’s heart”, boasting that he oversaw so many secrets and deals that his downfall would destabilize Prayut’s administration.

Thammanat abruptly resigned as deputy agriculture minister on Thursday (September 9), the same day that the Royal Gazette announced he had been removed from the Cabinet a day earlier. Showing his resignation letter dated September 8, Thammanat claimed it would have been tendered on Wednesday but for a secretary’s “misunderstanding”.

However, according to the Royal command signed by PM Prayut and dated September 8, Thammanat and Deputy Labour Minister Narumon Pinyosinwat were dismissed from their Cabinet positions as per Article 171 of the Constitution. The Article states: “The King has the Royal prerogative to remove a minister from his or her office upon the advice of the prime minister.”

Before the recent censure vote, Thammanat appeared to have the upper hand, with Prayut seemingly unsettled by reports of a plot to oust him staged by heavyweights in the ruling Palang Pracharath Party in league with politicians from small political parties and the main opposition Pheu Thai Party. The goal of the plot was to amass no-confidence votes from rebel coalition MPs and micro-parties.

Analysts see Thammanat’s dismissal as the PM’s revenge for the embarrassing result of the censure vote. Prayut was hit with the highest no-confidence vote and the second-lowest approval votes among the six Cabinet members targeted.

Thammanat’s ouster came despite his apology to the PM during their meeting in Prawit’s presence.

Controversial Deputy Agriculture Minister Thammanat Prompao has been dismissed from the cabinet, effective yesterday (Wednesday), but only announced today, amid an internal conflict between him, on one side, and Prime Minister Prayut Chan-o-cha and Deputy Prime Minister and Interior Minister Anupong Paochinda on the other.

Stithorn said Prayut sacked Thammanat as a warning sign to other politicians in the ruling party.

Thammanat was removed from his ministerial post because Prayut was upset by the results of the censure vote, he added.

Other analysts see the dismissal of Thammanat and Narumon — a key figure in his powerful faction — as a backlash for the challenge to Prayut’s power. They point out that if the premier had been ousted, a major Cabinet reshuffle would have followed, allowing politicians from party factions including Thammanat’s group to gain coveted Cabinet seats like Interior.

“Prayut has to show his leadership. He did the sacking swiftly to warn others not to challenge him. Even Thammanat, who is close to Prawit, can be ousted,” the academic observed.

But Stithorn added that Prayut may give Thammanat time to redeem himself. If the younger politician shows remorse, he may be allowed to return to the Cabinet — albeit in a different post as Prayut is likely to leave Thammanat’s old seat of deputy agriculture minister vacant.

The academic said the sacking was also a slap in the face for Prawit, as Thammanat had been viewed as the party leader’s most trusted aide. Some analysts pointed out that Thammanat was unlikely to have made his move against the PM without Prawit’s blessing.

During a press briefing in Parliament on Thursday, Thammanat hinted he might defect to another party or set up his own party, although he declined to estimate how many Palang Pracharath MPs would join him.

His departure is likely to cause disarray in the ruling party according to analysts who view him as its major power broker, although others say Palang Pracharath still has other veteran politicians who can do the job effectively.

STOU’s Yuthaporn said PM Prayut and his brothers in arms — Prawit and Interior Minister Gen Anupong Paochinda as the “3Ps” group of former Army chiefs — still have the crucial support of the Senate.

The Constitution empowers the 250 senators to join MPs in selecting the prime minister for five years after the first post-charter Parliament is formed. That means the Senate will still be able to vote to choose the next PM after the forthcoming general election.

The analyst added that if the 3Ps can maintain their grip on power, they will certainly retain strong support from the senators, who are collectively dubbed the “NCPO party”.

He was referring to the National Council for Peace and Order, led by then-Army Chief Gen Prayut, which staged the coup in May 2014 and later appointed the senators. 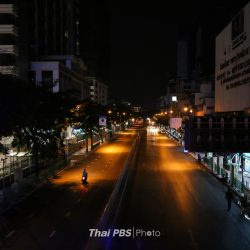 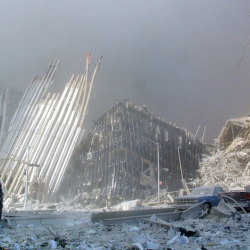