The Thai embassies in Japan, Indonesia and Vietnam have advised the Foreign Ministry to warn Thai people not to bring cannabis, hemp or their extracts when they visit these countries, as they may face heavy fines, jail or even death.

The warning follows Thailand’s decriminalisation of cannabis and hemp, except for extracts with more than 0.2% of Tetrahydrocannabinol (THC) by weight, on June 9th, leading to a boom in cultivation, sales and use. Regulations have been issued to ban the smoking of cannabis in public, to bar the substances from schools and sales to people aged under 20 and pregnant or breastfeeding women. Recreational use has been popular, despite the authorities discouraging it.

The Thai Foreign Ministry said on its Facebook page that, in Indonesia, the minimum fine of possessing illegal narcotics, such as cannabis, hemp or their extracts, is 1 billion rupiah, or about 2.3 million baht, and/or imprisonment from five years to life or death.

In Vietnam, it said that the maximum fine is 500 million dong, or 760,000 baht, and the maximum penalty is death or life imprisonment.

In Japan, possession of illegal narcotics is subject to imprisonment for not more than seven years, or ten years if the drugs are possessed with an intent to sell, and a fine of three million yen, or 783,000 baht.

Cannabis use in Thailand is controlled for both medical and recreational purposes. Cultivation of cannabis or hemp by members of the public is permitted, on condition that they registered with the Thai Food and Drug Administration.

A regulation on the number of plants that each individual can grow and the amount of land which can be used for cultivation for commercial purpose is still pending consideration by the authorities.

Several other countries also still regard cannabis or hemp as an illegal narcotic.

Two Indians attempting to smuggle wildlife in their luggage nabbed 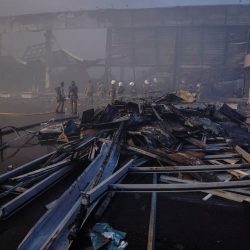