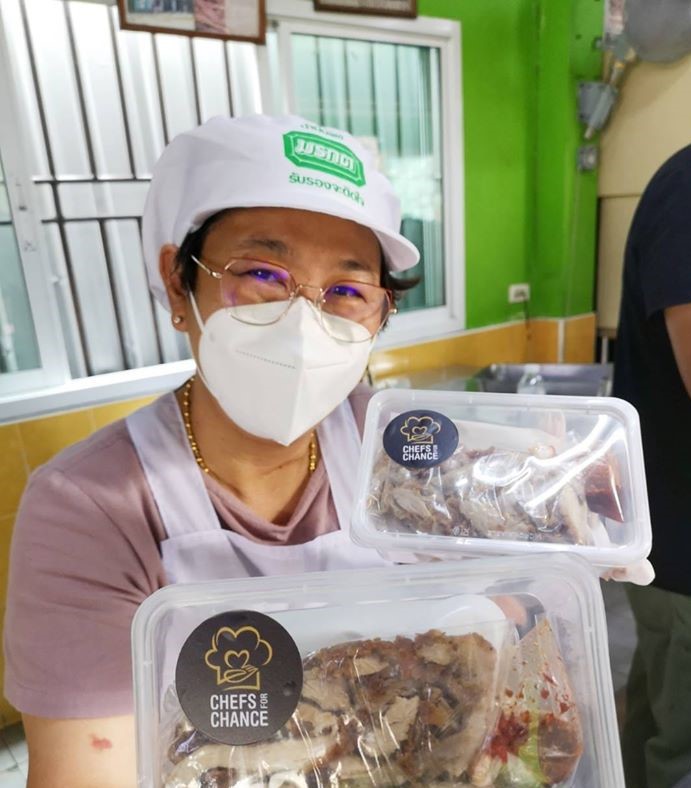 As fear of catching Covid-19 grows, many Thais are doing what they can to help the country pull through this crisis – whether they are celebrities or just ordinary people wanting to lend a hand.

The kind and generous are giving what they can afford – be it free food, shelter, or services or just a few baht – to help with the battle against the deadly virus. While Covid-19 makes it necessary for people to stay apart physically, many have come together in spirit to encourage one another to carry on and help those around them survive.

Jongjai Kijsawaeng, the owner of the well-known Jeh Jong Moo Tod chain of eateries, revealed her caring side on March 18 when she invited fellow entrepreneurs to advertise their goods and services on her brand’s Facebook page. She decided to share her platform in the hope of supporting them through this challenging time.

The fan page for her famous fried pork brand has close to 100,000 followers, which meant small-scale vendors who advertised there were able to attract new customers. Among them was Pirunporn Poungpee, who posted a photo of her crispy shredded pork on the Jeh Jong Moo Tod page and immediately began receiving orders.

Five days later on March 23, Jongjai showed even more heart. She arranged a daily delivery of more than 1,000 free packed meals to medical personnel in Rajvithi Hospital and the Bamrasnaradura Infectious Diseases Institute after learning that the doctors and nurses there were so rushed off their feet that they did not have time to find food on their own.

As news of her compassionate deeds spread, other kind souls jumped on Jongjai’s bandwagon. Her daily food delivery has now been operating under the “Chefs for Chance” charity project and its top restaurant professionals, with Jongjai using extra funds to help impoverished patients.

In recent weeks, many similar initiatives have emerged as the sentiment of “We Will Survive Together” spreads across the country even faster than the virus. Prominent among these is the “Support Covid-19 Thai Heroes” project, launched by Arpapan Jokowidjaja and backed by #Gowith20 campaign. Renowned singer-songwriter Boyd Kosiyapong was the celebrity who released the campaign.

This creative campaign encourages each person to donate Bt20 and invite 20 other people to do the same with the aim of procuring protective equipment for health workers. Under the tagline “Together, Gowith20 will definitely beat Covid-19” the campaign had already collected more than Bt30 million as of March 27. It demonstrates that small contributions can make a big difference if enough people join.

Popular actress Ranee “Bella” Campen was one of those people, donating Bt20 and inviting 20 of her friends to do the same. But she also donated Bt2.5 million to five hospitals/foundations that are on the frontline of the Covid-19 battle.

With more than 1,000 confirmed infections and at least five deaths from the disease in Thailand, personal protective equipment is crucial for medical workers to protect themselves.

“I decided to donate cash because I didn’t know where to procure good equipment,” Ranee explained. “I also wanted to offer moral support to everyone – medical workers, patients and everybody who is having to stay at home to save the country.”

Many other show-biz figures have also pitched in.

Sririta Jensen Narongdej and her husband donated two ventilators to the Rajavithi Hospital on March 24, while singer Anuwat Sanguansakpakdee, better known as “Boy Peacemaker”, and his actress wife are now feeding people who have lost their jobs due to the lockdown. Food and water for the needy is provided at the couple’s Gotoku by Shabu King restaurant in Nakhon Pathom province.

“My restaurant is already facing a difficult situation, but we believe some people are suffering more. That’s why we, as Thais, need to help one another,” Anuwat said in an Instagram post.

In Bangkok, the Quarter Residence and Rabbitat Hostel are among those offering free stays, while Eastin Tan Hotel in Chiang Mai is also promising not just free rooms but also free laundry services from April 1.

Offers to help are continuing to grow. Pedthaisuphai, a collaboration between the Thailand Tech Startup Association, the Digital Economy Promotion Agency and the National Innovation Agency, is using generous contributions from the public and technology to provide useful information on how to deal with the Covid-19 crisis, and also to prevent hospitals from becoming overwhelmed.

For instance, Pedthaisuphai has launched a teleconsulting initiative to recruit volunteer nurses and doctors to provide free health counselling to the public.

Said one of the initiative’s partners, Chiwii: “We want to help everybody with health issues in the face of the Covid-19 outbreak. Through our app, you can consult a doctor from home without facing the risk of stepping out of the house.” 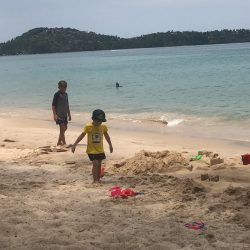 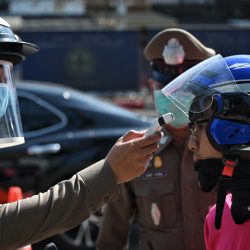