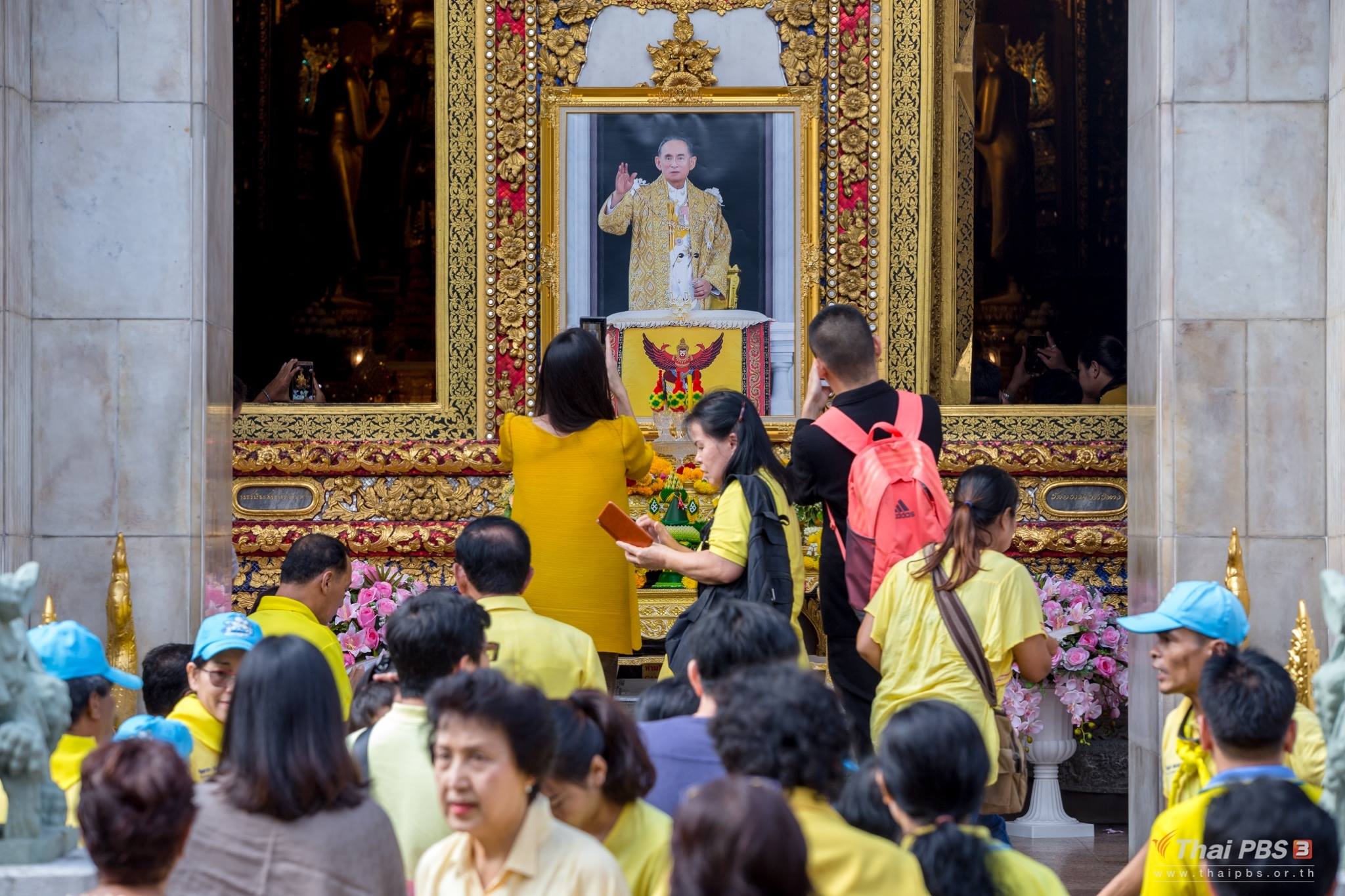 Wearing yellow, the colour of the late HM the King, thousands of people joined the medical staff of Siriraj hospital to hold a merit-making and alm-offering ceremony in front of the hospital on Saturday morning in remembrance of the second year of passing of the late King Bhumibol Adulyadej.

Members of the public presented alms to 50 monks in front of a royal pavilion and to 49 monks at Siriraj intersection before the monks  chanted prayers.

Professor Dr Prasit Wattanapa, dean of the medical science faculty of Siriraj hospital, Mahidol University, led the attendants to observe a 89-second silence in front of a portrait of the late King.

In an address, Dr Prasit said that the holding of the event today to mark the second year of the passing of the late King was to demonstrate the determination of the medical staff of Siriraj hospital to do their best to take care of the health of the people to follow in the footstep of the late King for his life-long tireless dedication to his subjects.

In the afternoon at 3.52 pm, there will be a religious merit-making ceremony for the late King and ceremony to bless Her Majesty Queen Sirikit and His Majesty King Maha Vajiralongkorn.

At about 6.45 am today, Prime Minister Prayut Chan-o-cha, accompanied by his wife, cabinet members and their spouses and senior government officials joined members of the public in presenting alms to 890 monks and novices at the Royal Plaza. 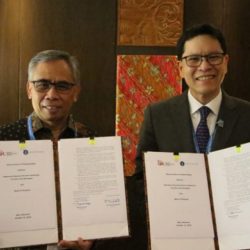