Three core leaders of Thailand’s anti-establishment Ratsadon group were formally charged with lèse majesté and incitement of public unrest by the public prosecutors today (Monday). The charges relate to the protests in front of Thammasat University and Sanam Luang on September 19th and 20th last year.

18 other members of the group, including Chaiamorn Kaewwiboonpan, alias Ammy, who also took part in the protests, were also charged with lesser offences, including incitement of public unrest. Only 17 of them were, however, escorted by police to the Criminal Court to be formally indicted, because Ammy is already held on remand on other charges.  The court will decide whether to remand them in custody or to grant bail for any of them.

Panasaya told the media, before seeing the public prosecutors, that she was ready for whatever action the prosecutors or the court would take, saying that she did not have any expectation, but would apply for bail, as is their right.

Many followers of the Ratsadon group showed up in front of the Office of the Attorney-General this morning, to offer moral support to the suspects.

Altogether 22 Ratsadon members were to be indicted today by the prosecutors, but five of them are already held on remand. They are Parit Chiwarak, Anon Nampa, Somyos Prueksakasemsook and Pitipat Saraiyaem, who were earlier indicted on lèse majesté charges in connection with the same protests.  The fifth, Chai-amorn Kaewviboonphan, alias “Ammy The Bottom Blues”, has been remanded on charges relating to the torching the King’s portrait in front of Khlong Prem prison.

Asdang Nutcharas, a lawyer from the Centre for Human Rights Lawyers, said that he expected that all the 17 would be indicted and that the Criminal Court would reject their bail requests. 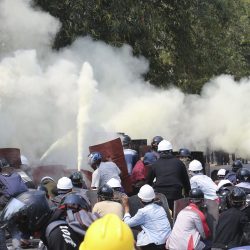 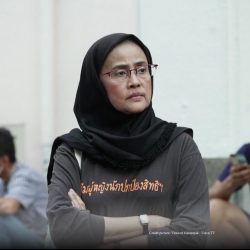 Closing the gender gap in the workplace