Prime Minister Prayut Chan-o-cha, a former General, has stressed the need for Thailand to retain military conscription, because the three armed forces are currently more than 100,000 personnel short of their full complement, of which only 30% are expected to enlist voluntarily.

Without naming the Future Forward party, which has been campaigning for conscription to be scrapped in Thailand and replaced by a volunteer only military, the Prime Minister said such a campaign is mistaken, noting that national security will be compromised if conscription is repealed.

He explained that not every Thai adult will be enlisted into military service, but they are required to register as reservists. When they turn 20 they draw lots to decide whether they will be enlisted or can avoid the draft. “Drawing lots of black and red tickets is one of the choices and this is social justice. Everyone has the right to make the decision [sic],” said the Prime Minister.

“Who will defend the country? Defending the country is not confined to the rank of private, there are officers too,” said the Prime Minister, as he explained that training a conscript to be combat ready takes at least two years.

Soldiers to be deployed to Thailand’s restive south must be dedicated and combat ready “otherwise they will panic when they hear gunshots”, said the Prime Minister, adding that Thailand’s armed forces cannot afford to employ 100% professional soldiers. 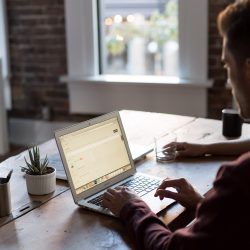