Phu Laen Kha National Park, in the north-eastern province of Chaiyaphum, has passed the “Dark Sky Park” assessment of the National Astronomical Research Institute of Thailand (NARIT), paving the way for it to be registered as a new star gazing and eco-tourism destination.

The chief of the national park said that the park scored 92 out of 100 and is now waiting to be registered by NARIT. A Dark Sky Park is defined as a land possessing an exceptional and distinguished quality of starry nights and a nocturnal environment that is specially protected for its scientific, natural, educational and cultural heritage and for public enjoyment. Pavement problems in Bangkok are more than just disrepair 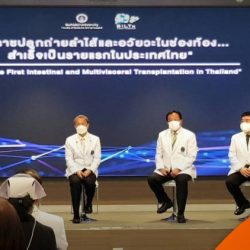