Thailand’s Centre for COVID-19 Situation Administration (CCSA) decided today (Friday) to allocate the upcoming 1.5 million doses of donated Pfizer vaccine from the US government to frontline medical workers as a third “booster” shot, and other prioritised groups in selected provinces.

People aged 60 and over, those afflicted with any of seven underlying diseases, foreign diplomats, and expatriates, especially those who are 60 years old and over or have one of the specified diseases, will receive either Pfizer or AstraZeneca donated by the Japanese government in an amount of 1.05 million doses, which was delivered today. The Pfizer vaccine is expected to be delivered later this month.

CCSA assistant spokeswoman Dr. Apisamai Srirangsan said today that, apart from the frontline medics, who will receive just one booster dose of the Pfizer vaccine, the others will receive two doses, administered three weeks apart, adding that the vaccine recipients will be those in Bangkok, Samut Sakhon, Pathum Thani and Nonthaburi, as well as Songkhla, Yala, Pattani and Narathiwat in the south, which are facing infections of the Beta variant.

Most frontline medics have already received two Sinovac doses but, recently, several of them were found to be infected with COVID-19, prompting calls for a booster shot with an mRNA vaccine.

Vaccination in Bangkok will be handled by the Bangkok Metropolitan Administration (BMA), while the Foreign Ministry will act as the coordinator for foreigners living in Thailand.

She also said that the CCSA has agreed to increase COVID-19 testing facilities, to ensure that more people get access to the services without overcrowding just a few, causing long queues. 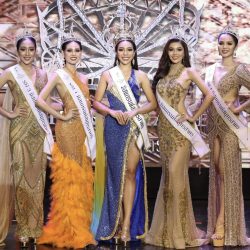