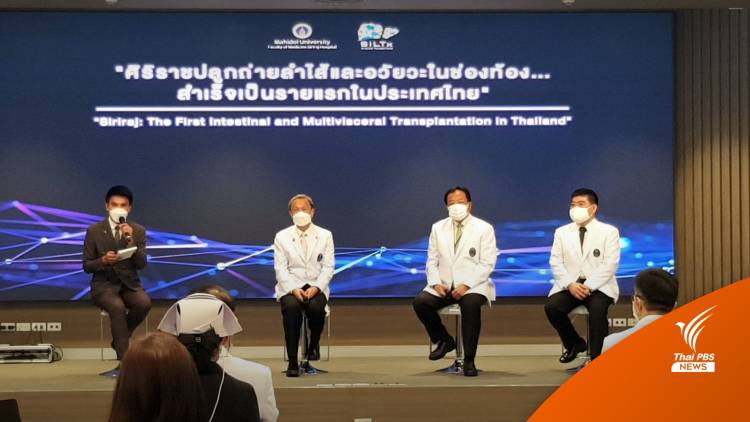 Dean of the Faculty of Medicine at Siriraj Hospital Prof. Dr. Prasit Watanapa called the achievement a new chapter in the history of organ transplantation in Thailand.

Head of the surgical team in this case, Assoc. Prof. Dr. Yongyuth Siriwattana-aksorn, said that several specialists were involved in performing this surgery, adding that he doesn’t want this achievement to be just the first of its kind in Thailand, but wants to see Thailand’s healthcare be on a par with international standards. 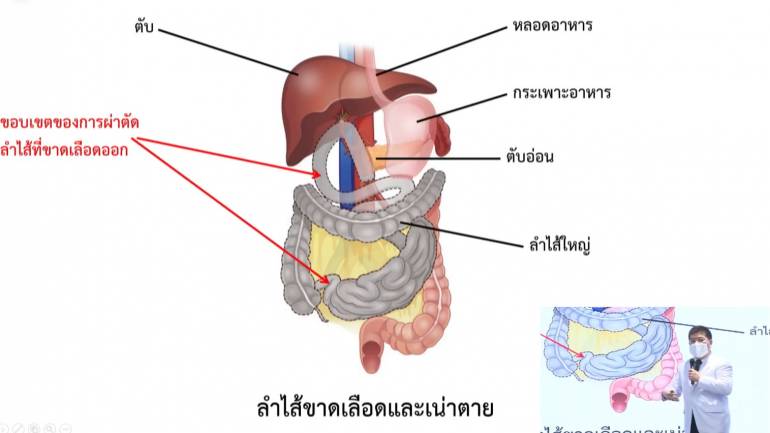 In late 2018, doctors at Siriraj Hospital asked for the patient to be transferred to their care, pointing out that the only way for the patient to pursue a normal life was for him to have an intestine and multivisceral transplantation.

After two years of waiting, a suitable small intestine for transplantation was obtained from a brain dead donor.

Assoc. Prof. Dr. Somchai Limsrichamrern, a transplantation surgeon, said that the body is highly resistant, especially the small intestine, which has a high immune response, requiring treatment with immunosuppressant drugs after surgery.

The patient, who was also at the press conference, told the media that she almost lost hope while waiting for a donated organ, because she couldn’t do even the simplest things, like eating.

She thanked the doctors, not only for the procedure, but also for their moral support.

As for the prolonged treatment and transplantation surgery costs, Siriraj hospital said that the patient’s entitlement under the 30-baht universal health coverage would be used to cover part of the cost, with the rest being met by a fund set up to help organ transplantation patients.

In this case, the patient will need continued immunosuppressant treatment. 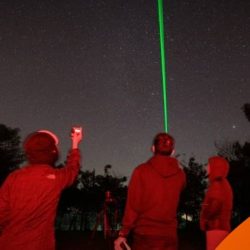