Digital Economy and Society (DES) Minister Chaiwut Thanakamanusorn revealed today (Monday) that he is infected with COVID-19 and is now in hospital for treatment, but his condition is not serious.

He said that he might have contracted the disease while visiting the northern province of Chiang Mai last Thursday, adding that he now has a fever and mild headache, but his lungs are normal.

The DES minister also said, however, that he will attend a special cabinet meeting today via video conference.

The weekly cabinet meeting, which is normally held on Tuesday, has been moved forward to today because Prime Minister Prayut Chan-0-cha is scheduled to visit Saudi Arabia on Tuesday and Wednesday.

The prime minister was given his second booster shot (fourth dose) using the Pfizer vaccine and took an RT-PCR test last Friday prior to leaving Bangkok for Saudi Arabia tomorrow morning.

The prime minister’s entourage, including Foreign Minister Don Pramudwinai and the government’s team of spokespersons, have strictly complied with the Public Health Ministry’s safety measures.

The prime minister is not at risk of being infected by the DES minister because they did not meet in person over the past week and the cabinet meeting was held online. 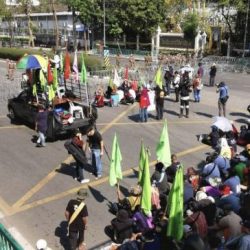 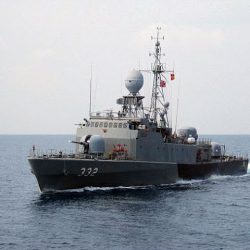