People in Thailand’s Deep South are pleased with the relatively peaceful situation in the strife-torn region during this year’s Islamic Holy month of Ramadan, which ended yesterday (Monday). The peace was made possible by the temporary ceasefire agreed between the Thai military and the Barisan Revolusi Nasional (BRN) separatist group.

Only one violent incident occurred, on April 15th, in which a villager was killed and three government officials were injured in double explosions in the Sai Buri district of Pattani province. Another separatist group, the Pattani United Liberation Organisation (PULO), which opted out of the peace process, claimed responsibility.

General Wallop Raksanoh, chief of the Thai peace talk delegation, said that, although Ramadan has ended, the temporary ceasefire remains in force until May 14th.

He said that, although the BRN appears to be capable of reducing violence in the Deep South, as demonstrated during the Holy month, it does not mean that the separatist group will have greater bargaining power in future peace negotiations, noting that neither side has sole authority.

He also admitted that the peace process, facilitated by Malaysia, remains fragile due to the political situations in Thailand and Malaysia and public participation in the process.

He said that more talks are to be held between the Thai side and the BRN, tentatively expected to take place in June or August, and more separatist groups need to join before a permanent ceasefire can be achieved.

Malaysia’s peace process facilitator Tan Sri Abdul Rahim bin Mohd Noor’s term is due to expire in August and, if he is replaced, there may be a hiccup in the process, said General Wallop.

Peace talks between the Thai military and the BRN resumed in January after a hiatus of almost two years, due to the COVID-19 pandemic.

Since 2004, more than 7,300 people, including government officials, separatists and civilians have been killed in the insurgency, according to Pattani-based platform Deep South Watch. 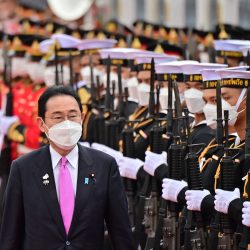 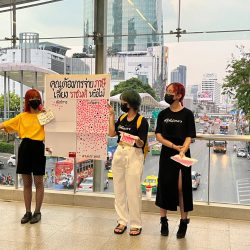