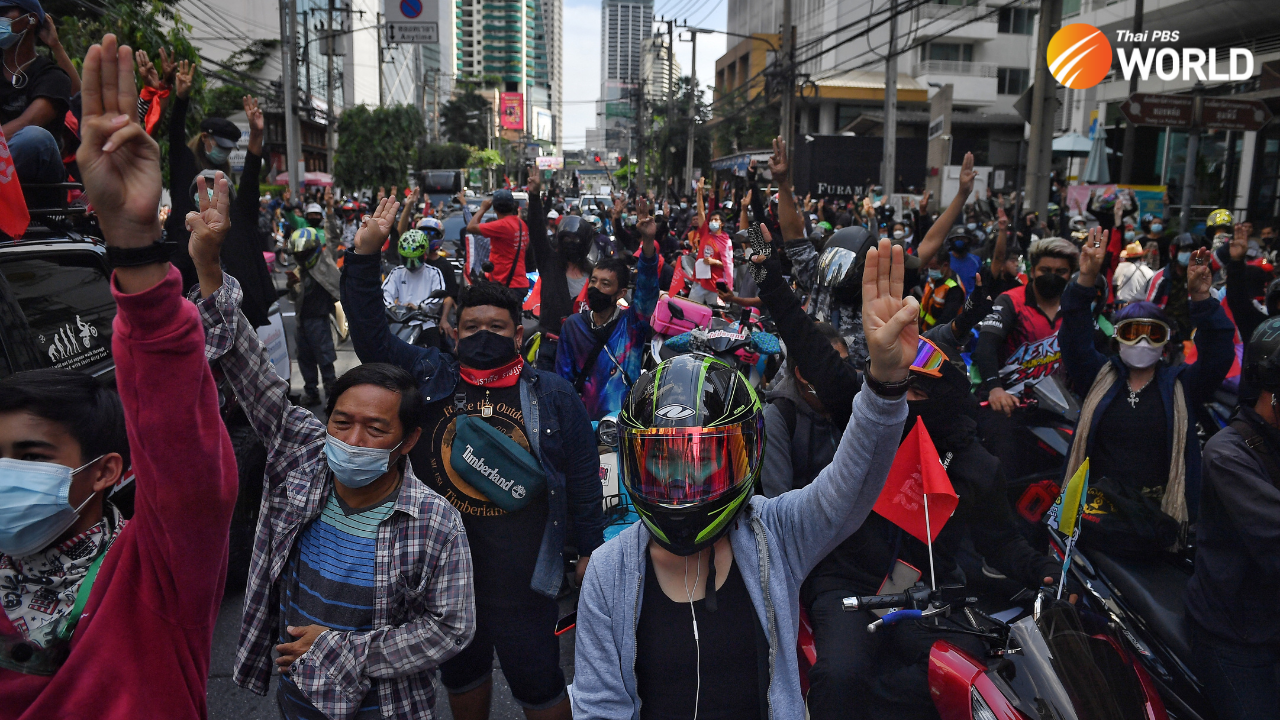 Anti-government protesters, led by the “United Front of Thammasat and Demonstration” group on Tuesday issued five demands, and urged all officials to rebel against the government and all businesses to stop supporting the government.

The demands were read out by protest leader Benja Apan, a Thammasat University student, in front of the Sino-Thai building on Asoke Road in Bangkok today (Tuesday).

The protesters started gathering at Ratchaprasong intersection at about 1pm before marching along Sukhumvit Road to Asoke and the Sino-Thai building, which houses the construction firm owned by the family of Deputy Prime Minister and Public Health Minister Anutin Charnvirakul.

Protesters and opposition parties have, in recent weeks, been putting pressure on coalition parties, including Mr. Anutin’s Bhumjaithai party, to quit the government coalition and force the resignation of Prime Minister Prayut Chan-o-cha.

Many protesters rode motorcycles and drove cars as their colleagues set off on their march.

In the morning, Deputy Commissioner of the Metropolitan Police Bureau Pol Maj-Gen Piya Tavichai, assured the public that police would not resort to the use of violence against the protesters and that only four companies of crowd-control police would be deployed to deal with them.

He warned the protesters, however, that they were defying the Emergency Decree and that their illegal public assembly could cause the spread of COVID-19.

Some more crowd control police officers have reportedly been deployed. Explosives have been heard from the protest’s side, prompting police to fire tear gas in response.

At about 17.17, the Thammasat group announced “immediate” dispersing of today’s gathering on its Facebook page, and that a new protest date will be announced later. 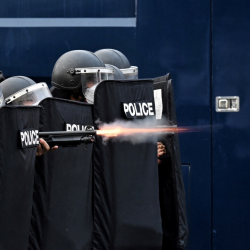