Agriculture Minister Chalermchai Srion has admitted that African Swine Fever (ASF) has now spread to 13 of Thailand’s provinces in the central, north-eastern and southern regions, including Bangkok. The Livestock Development Department will seek advice on February 3rd from its Chinese and Vietnamese counterparts on how they successfully tackled the same disease, he said.

He also said, however, that only the pig farms and a five-kilometre radius around them have been declared epidemic zones, not the entire provinces, to contain the disease and avoid public panic.

Due to the spread of the disease, the minister said he has put on hold the 2.9 billion baht emergency budget from the Central Fund, which was originally intended to compensate pig farmers affected by the disease, and has moved it for use in the efforts to contain ASF instead.

Yesterday (Wednesday), the opposition Move Forward published, via their website, lab test results from Chulalongkorn University, which are part of its investigation into the spread of ASF in Thailand, confirming the discovery of ASF virus in pig carcasses.

According to the webpage, Move Forward MP for Phitsanulok province, Padipat Suntiphada, a former veterinarian, told the media at parliament yesterday that ASF infections are more widespread than is being claimed by the Livestock Development Department.

Besides collecting samples from pig carcasses for lab tests, the MP said his panel also talked to a livestock official in Nakhon Pathom, who claimed that they have adopted active surveillance, by randomly collecting samples for testing, but such tests may not detect the disease because the infected pigs often die shortly after infection.

The MP said that specimens from pig carcasses had been collected and sent for tests, using the PCR technique, which can detect virus traces in tissues or bone marrow.

He said there are other animal diseases which are a matter of concern as well, such as bird flu, foot and mouth disease and bluetongue.

He also said that, if the Livestock Development Department is not transparent about the actual ASF situation, it will be difficult to resolve the problem.

The current record-high pork prices in Thailand, at over 200 baht/kg has been attributed to the ASF outbreak since last year that has killed several pigs, leading to a shortage. The problem has also been exacerbated by hoarding of frozen pork by major merchants. 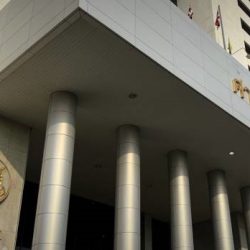