Thailand’s Election Commission (EC) has tentatively designated May 7th next year as the date for the next general election, if the House of Representatives is not dissolved by the prime minister before the end of its four-year term on March 23rd.

According to the current Constitution, a general election must be held within 45 days of the end of the House’s term, which would be May 7th next year, and registration for candidacy will be held from April 3rd to 7th.

According to the provisional timelines worked out by the EC, advanced voting has been set for April 30th, 2023 for those who cannot cast their ballots on May 7th, or who cannot vote in their constituencies, but they will be required to notify authorities seven days before election day of the reasons for not being able to vote in their constituencies or on election day itself.

Candidates are also warned by the EC not to engage in activities deemed to be courting favour from voters, or offering anything to voters in an effort to convince them to vote for them, in the 180 days before the end of the House’s term on March 23rd.

The Royal Decree on the election of members of the House of Representatives is expected to come into effect no later than the deadline of March 30th.

The lists of the candidates will tentatively be announced on April 14th. 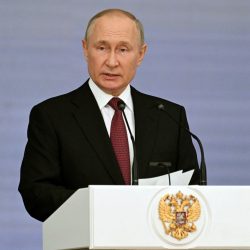