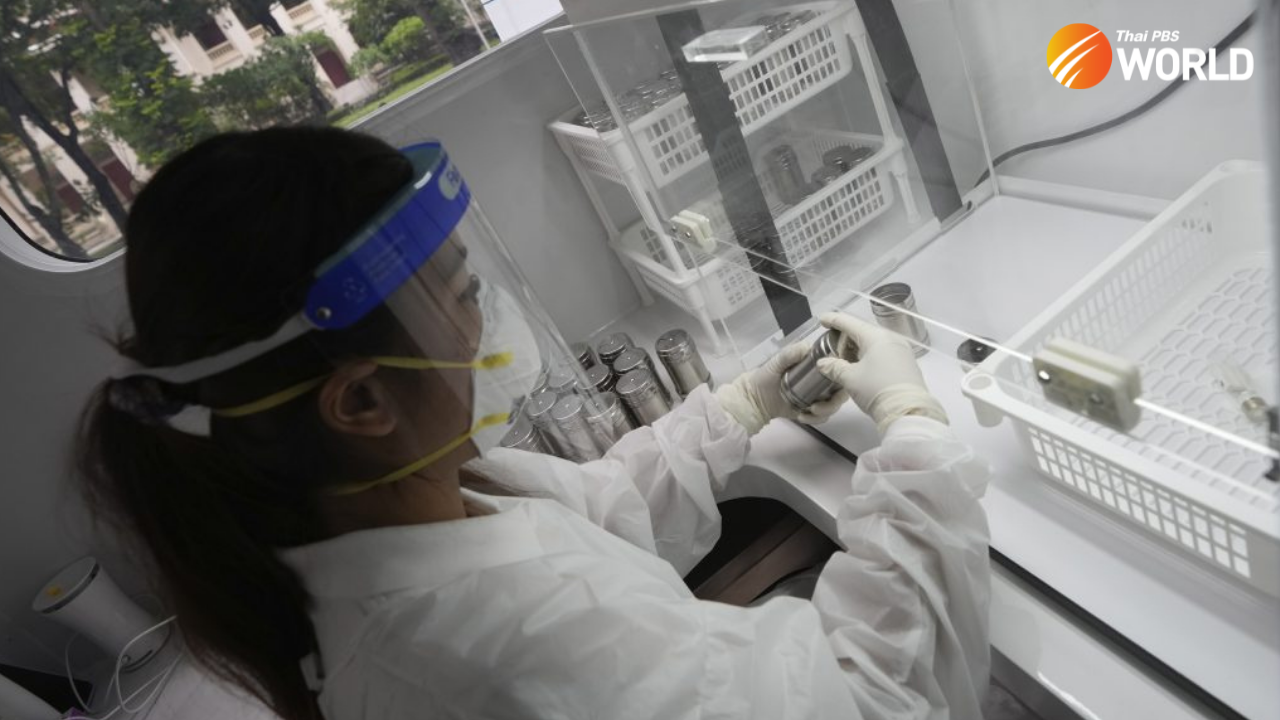 Researcher prepare samples of human sweat for a Labrador Retriever, to detect the COVID-19 coronavirus at a mobile canine unit in Bangkok, Thailand. (AP Photo/Sakchai Lalit)

The sub-committee of the Centre for COVID-19 Situation Administration (CCSA) has expressed concern over a spike in lung infections among COVID-19 patients and those needing ventilators, said CCSA Assistant Spokesperson Dr. Apisamai Srirangsan, after their meeting today (Thursday).

She said that lung infections increased from 598 on June 17th to 684 cases today and those requiring ventilators rose from 288 last week to 292 today, adding, however, that the increase had been anticipated after the relaxing of face mask wearing requirements in public places and the reopening of pubs and bars.

Nevertheless, she noted that the fatality rate remains stable.

Dr. Apisamai said that the key issue, to which the sub-committee has attached importance, is that the number of severe cases must be well within the capacity of the health system to cope, including the number of hospital beds.

Current hospital bed occupancy by COVID-19 patients is about 9.9%, which is manageable, but in some provinces such as Samut Prakan, the occupancy rate is 20%, but still within the 25% limit, said the CCSA assistant spokesperson.

Of the 14 fatalities reported today, she said that all were in a high risk group, which includes those who are over 60 years old and those with underlying diseases, including six who were unvaccinated.

The national target is that 60% of the population receiving three vaccine doses. Only Bangkok, Nonthaburi, Samut Prakan and Phuket have achieved this.

She disclosed that the CCSA, at its meeting next Friday, will assess the consequences of all the relaxed measures with the possibility of some measures being reviewed.

She stressed that the CCSA will not rush to dismantle all the remaining restrictions, but will tread cautiously.

Xi arrives in Hong Kong for 25th anniversary of handover