According to the CCSA, four of the eight infections are among Thais returning from Egypt. Two males, both aged 21, arrived in Thailand on July 8th and entered state quarantine in Chon Buri province. They tested positive for COVID-19 on July 19th, the 11th day of their isolation, although they were asymptomatic.

Two others are males, aged 20 and 24, who returned to Thailand on July 17th and have been quarantined in Chon Buri province since their arrival. Asymptomatic, they tested positive on July 21st.

Two more are Thai students returning from Sudan, a man and a woman, both aged 20.  They were classified as PUI (patients under investigation) cases on arrival on July 10th, but the first two tests were negative, with the third test, on July 21st, confirming they are infected.

The last two are women, aged 20 and 23, returning from the United States and entering state quarantine in Bangkok. They were found to be infected on July 21st, the fourth day of their quarantine.

UDD leader warns student activists not to touch the Monarchy 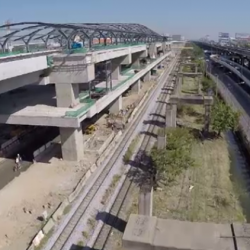