Thai military strength has been increased and put on full alert along the country’s borders, to prevent the possible spread of COVID-19, especially from Myanmar.

Army Commander-in-Chief General Narongphan Chitkaewtae said today that the risk posed the pandemic in neighbouring countries prompted him to call a meeting with unit commanders, sooner than usual, to address the emergency situation.

He said that the pandemic in neighbouring countries remains unpredictable and there is a likelihood that the disease may spread to Thailand, noting that, since Thailand has not imposed a lockdown during the New Year festive season, people from neighboring countries may sneak across the borders to take part.

Illegal crossings, into Mae Sai district of Chiang Rai province, by a small group of Thais working in Myanmar’s Thachilek Township over a week ago triggered a health alert when several of them were found to be infected with COVID-19. Some of them had travelled to other parts of the Kingdom.  Many of those who later returned from Thachilek, through legal border checkpoints, were also found to be infected.

Aided by human trafficking gangs, several Myanmar people have snuck across the border into Thailand, to seek jobs or to escape COVID-19 pandemic back home.  Laotian people working in Malaysia have also been caught illegally crossing into southern Thailand. Illegal border crossings by Cambodians to seek employment in Thailand have also been reported. 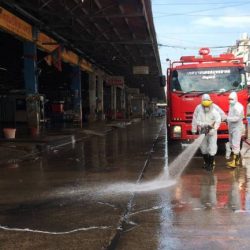 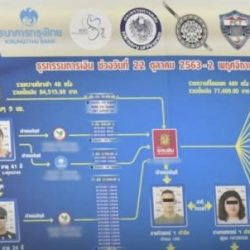