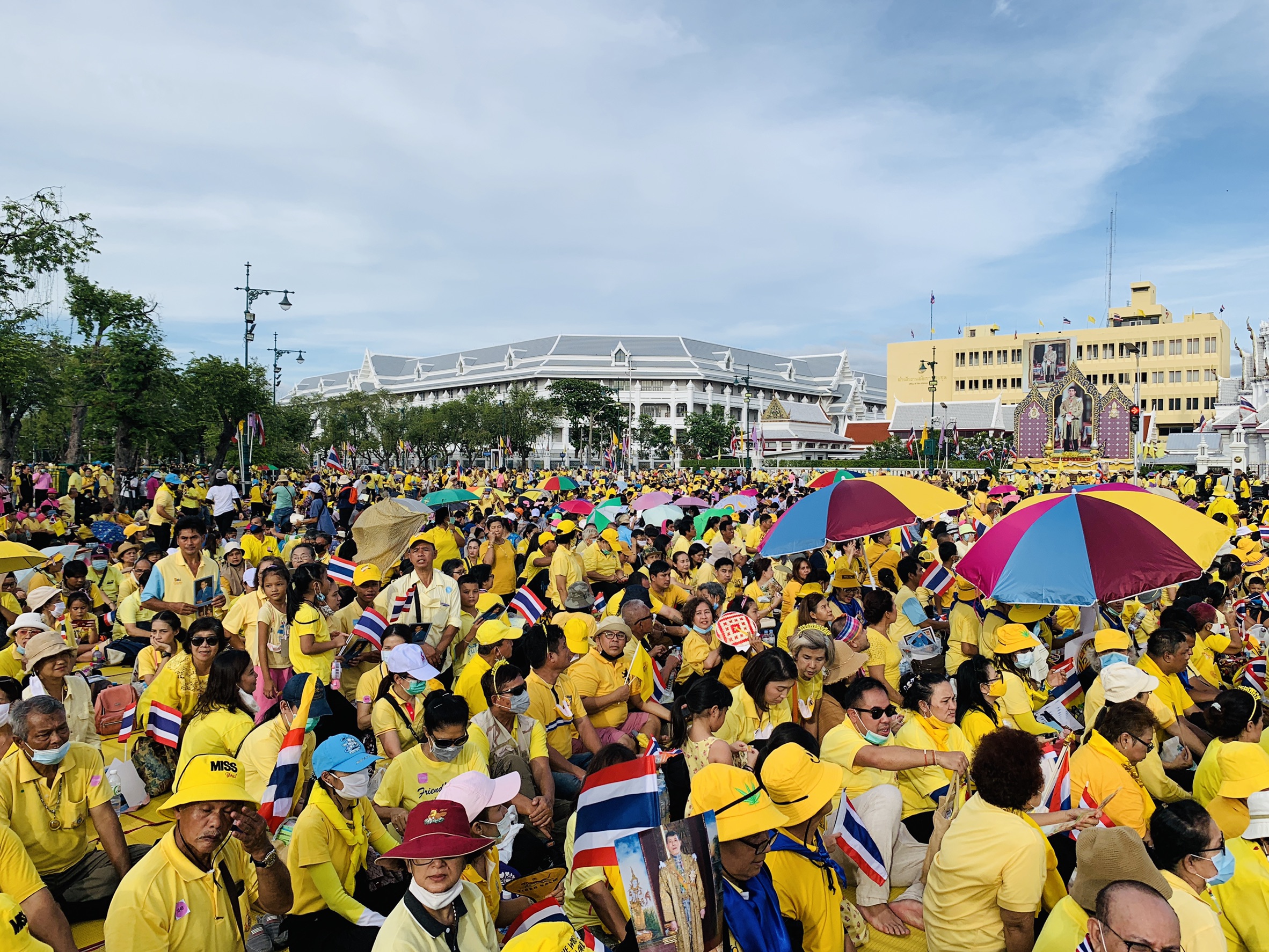 Royalists have stepped up calls for the police to invoke the lèse majesté law, or Section 112 of the Criminal Code, against anti-establishment protesters who offend the Monarchy, following an incident on Wednesday night when one unidentified protester spray-painted an allegedly offensive remark under a huge portrait of Her Majesty the Queen Mother, in front of the Royal Thai Police headquarters, which the royalists described as crossing the line too far to be tolerated.

Former deputy director of the National Intelligence Agency, Mr. Nantiwat Samart, said in his Facebook post today “That is too much! The mob has gone too far in offending the Monarchy every time there is a protest. It has hurts the feelings of every Thai.”

He accused the protesters of attempting to overthrow the Monarchy. He added that people were frustrated over the government’s inaction, as he urged the police to file lèse majesté charges against all offenders.

HSH Prince Chulcherm Yugala, meanwhile, said in his Facebook post today “It is beyond toleration” as he referred to the allegedly offensive graffiti daubed under the portrait of HM the Queen Mother.

He urged the police and security officials to find the perpetrators and also called on the government to invoke the lèse majesté law.